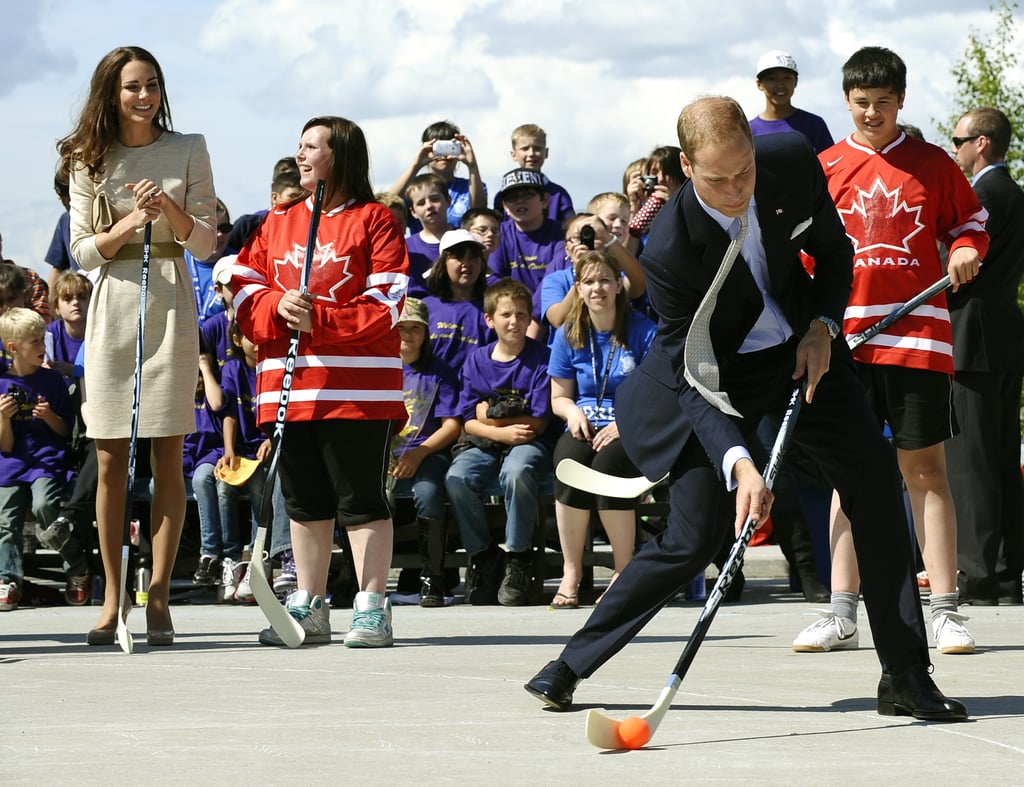 Prince William played street hockey in a suit today, as he and Kate Middleton continued their tour of Canada with a stop in Yellowknife, Northwestern Territories. The duke and duchess were gifted with jerseys that read "Cambridge" on the back, which they proudly accepted, and William also showed off his hockey skills in front of a crowd of young athletes. It was the second sporty activity William and Kate have taken part in since they touched down in Ottawa last Thursday. Kate and William also participated in a dragon boat race yesterday afternoon, which William and his team won by a narrow margin. Their trip hasn't been all fun and games, and William and Kate have also visited patients in a children's cancer ward in Montreal, unveiled a new artwork in the Canadian War Museum, and even visited a community center for at-risk youth. Tomorrow, Kate and William will be in Calgary before heading to Hollywood on Thursday, where they'll continue their overseas tour. If you've missed any of the memorable moments from their stay in North America so far, be sure to check out our gallery, with more than 100 pictures of Kate and Will's Canada trip to date!