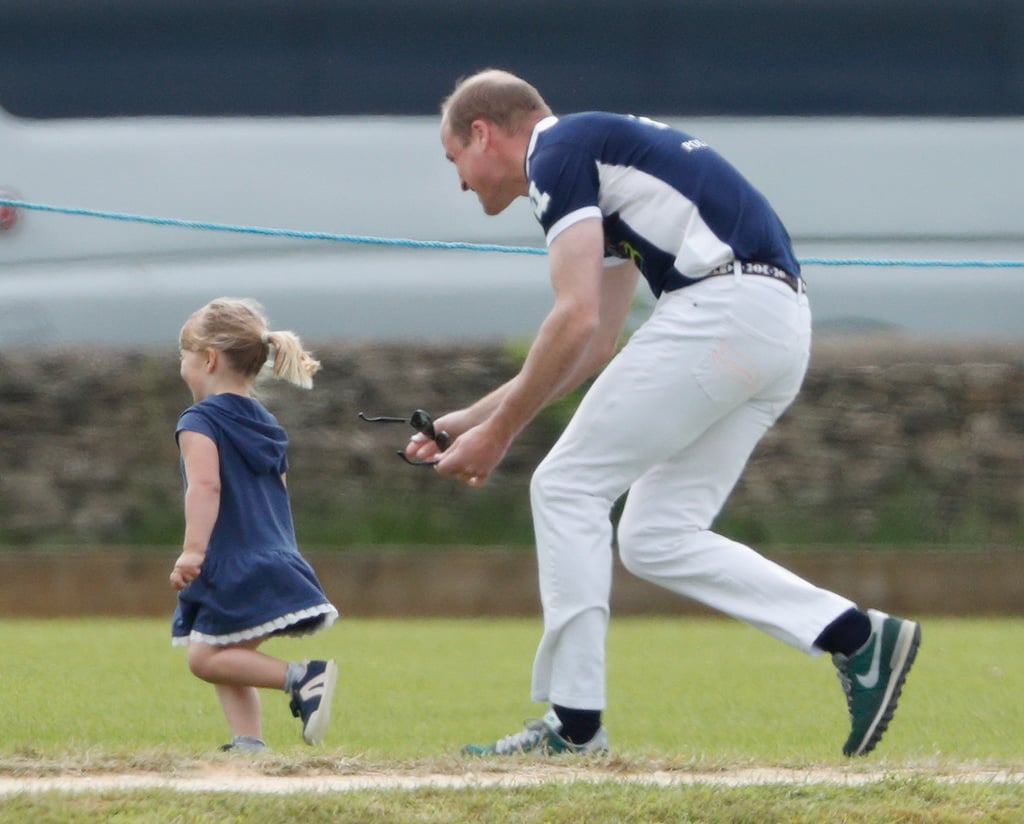 Prince William had an adorable encounter with his younger cousin, Mia, when he attended the annual Gloucester Festival of Polo in Tetbury on Sunday. During the charity event, the father of Prince George and Princess Charlotte got in another workout as he chased the 3-year-old, who is Queen Elizabeth II's great-granddaughter, around in the grass. William even shared a sweet moment with her parents Zara and Mike Tindall as the three greeted each other with warm hugs.

This isn't the only time William was spotted horsing around this week. On Saturday, the royal braved the London heat as he attended The Colonel's Review, a military rehearsal for the queen's birthday parade (also known as Trooping the Colour). Seeing that the past two parades have marked Prince George and Princess Charlotte's Buckingham Palace balcony debuts, we can't wait to see what the royal family does this year.

Related:
9 Ways Prince William Is Keeping His Mother's Memory Alive Within His Own Family
Previous Next Start Slideshow
The RoyalsThe British RoyalsPrince William