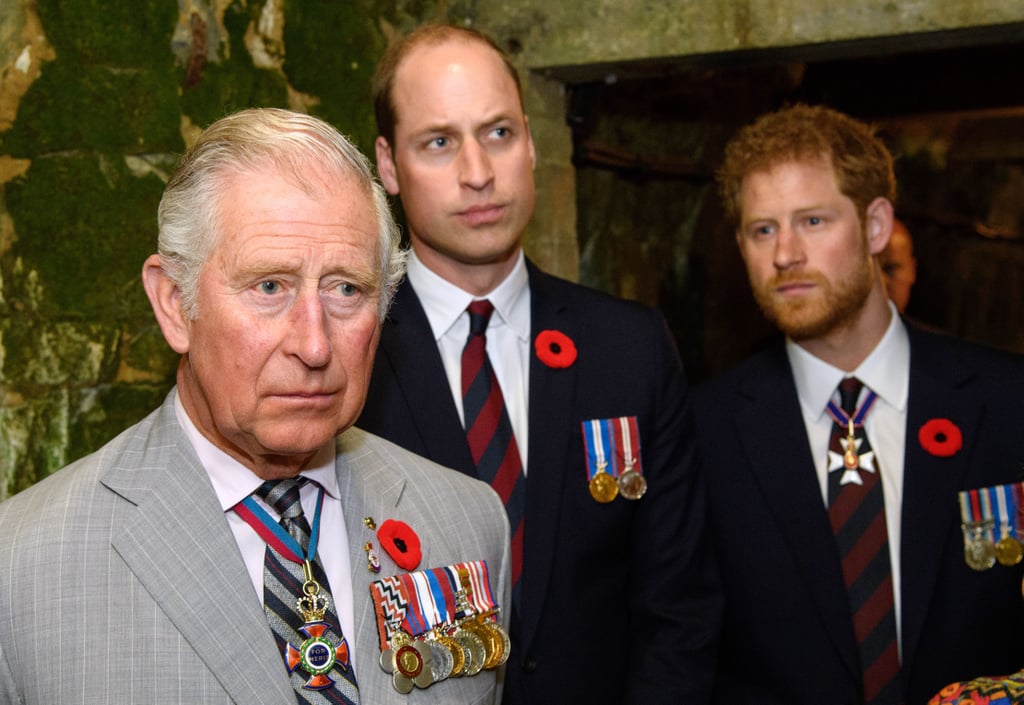 Prince William and Prince Harry joined Prince Charles at the 100th anniversary of the Battle of Vimy Ridge in France on Saturday. The royal family was accompanied by Canadian Prime Minister Justin Trudeau and French President Francois Hollande. Will and Harry laid red poppies and a commemorative pair of soldier boots in memory of those who lost their lives during the Battle of Vimy Ridge. Although Queen Elizabeth II wasn't in attendance, she did send out a public message paying tribute to the Canadian troops who "stood far from home together with their allies in defence of peace and freedom." "It is our duty to remember and honour those who served so valiantly and who gave so much here at Vimy Ridge and throughout the First World War," she wrote.

The sombre event comes days after William, Harry, and Kate Middleton paid their respects to the four people who lost their lives in the tragic terrorist attack in London in late March. The royals honoured the victims' memories by laying down a floral wreath while touring a Remembrance Centre in the UK.