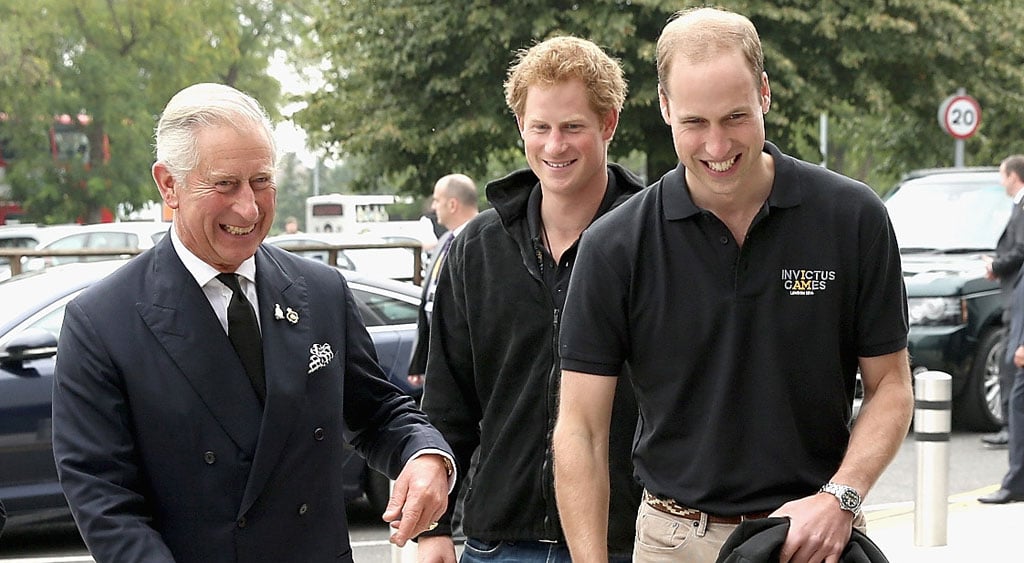 Ant & Dec recently shot the documentary When Ant and Dec Met the Prince: 40 Years of the Prince's Trust, which looks back on their experiences as ambassadors for Prince Charles's foundation, the Prince's Trust. While the special isn't set to hit TV screens until until 4 Jan., the duo spoke to Event magazine about their chats with Prince William and Prince Harry, who confirmed that their dad is just as embarrassing as anyone else's. From his "rabbiting on" to his terrible penmanship, the football-playing pair had plenty of stories to tell about their father's cringeworthy dad moments. In addition to saying that laughing "when things go wrong" is one of Prince Charles's biggest offenses, Prince William also recalled the time he was acting in a school play and all of the stage lights started to malfunction, causing both his dad and Prince Philip to let out a few giggles.

Now that William has children of his own, will he carry on the legacy of being just as embarrassing as his father? Here's hoping! Catch the documentary next week, and be sure to check out photos of the royal family out and about on Sunday.