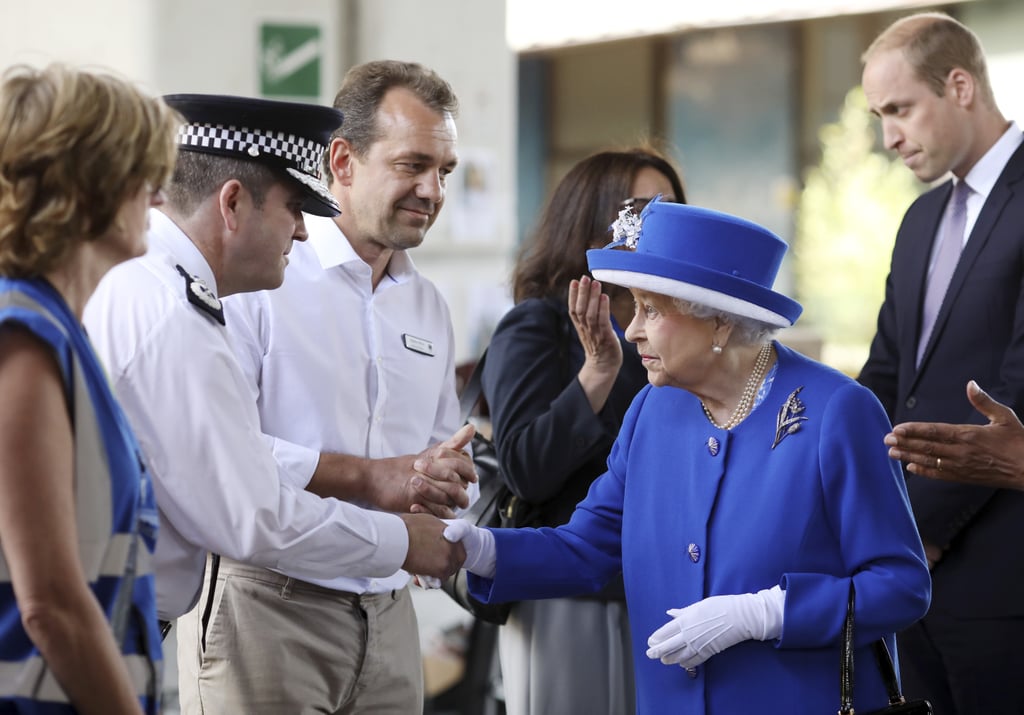 In the wake of the Grenfell Tower fire disaster that devastated West London, the city is coming together in incredible ways to support each other. Following Adele's emotional appearance at a recent vigil for victims and survivors and Tom Hardy's campaign to raise funds for those affected, Prince William joined Queen Elizabeth II for a sombre, touching visit to the Westway Sports Centre on Friday. The building is currently serving as a temporary shelter for everyone who lost their homes in the deadly blaze. Her Majesty and the Duke of Cambridge spoke to volunteers helping out at the shelter, as well as survivors, victims' families, and rescue workers.

In a statement released on Thursday by the Queen and husband Prince Philip, they sent their "thoughts and prayers" to "families who have lost loved ones in the Grenfell Tower fire and the many people who are still critically ill in hospital." Queen Elizabeth also noted that they "would like to pay tribute to the bravery of firefighters and other emergency services officers who put their own lives at risk to save others."

Visiting the people affected by the tragedy isn't the only thing the royal family is doing to help, either. Along with wife Kate and his brother, Prince Harry, William has donated to the Evening Standard Dispossessed Fund and urged the public to do the same. Although the fund's target was initially £500K, they've already managed to raise £726K and moved their goal to £1 million. What happened to Grenfell Tower is unimaginably tragic, but it's extraordinary to see how generous the response of Londoners has been.