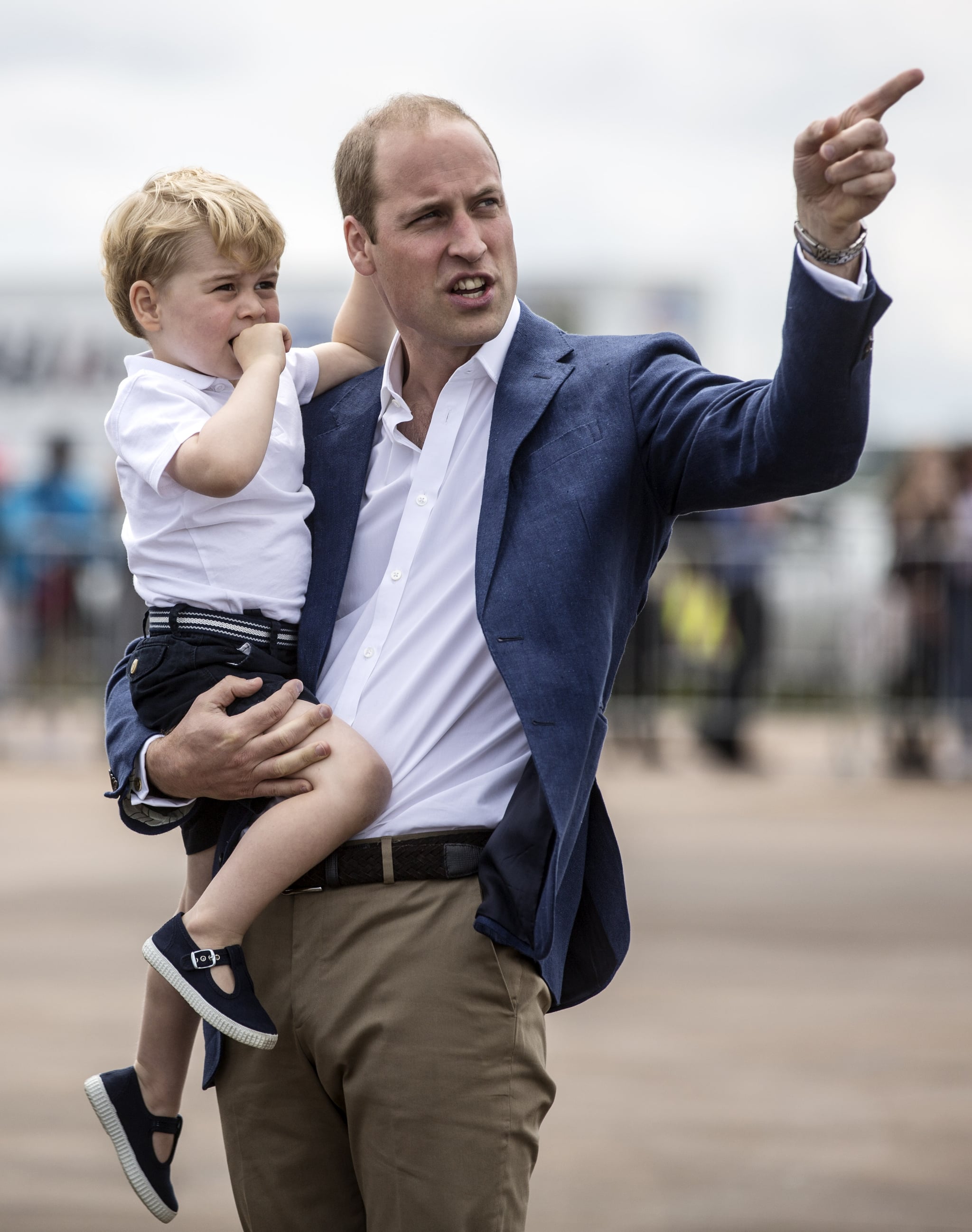 It's not every day that we see someone in the royal family doing something exceptionally badass (unless we're talking about Colin Firth in What a Girl Wants), but little did Prince William know this philanthropic act would have his son looking up to him as the cool dad he is. On Thursday, the Duke of Cambridge celebrated his 36th birthday at the official opening of the Defence and National Rehabilitation Centre for injured members of the armed forces, where he spoke about his work with the organisation over the last few years.

"I have been the Patron of the DNRC for four years and I have enjoyed every single moment of it," Prince William said. "I have seen the growth of an idea transfer into what we see today — and it is a rare and immensely satisfying thing to have witnessed."

He added that his work with the charity helped 4-year-old Prince George see him in a whole new light. "Along the way I have demolished a building. George was at an age at the time that he loved seeing the digger in action, so it did my street cred as a father a world of good." Ha! There's nothing like that father-son bond. . . even if it takes a little destruction to get there.

Between Prince George's choice in toys and his obsession with the police, it's clear this little tot is a fan of all things hardcore. Check out all of Prince William's sweetest dad moments here, and see why Princess Charlotte is the boss of the royal siblings.