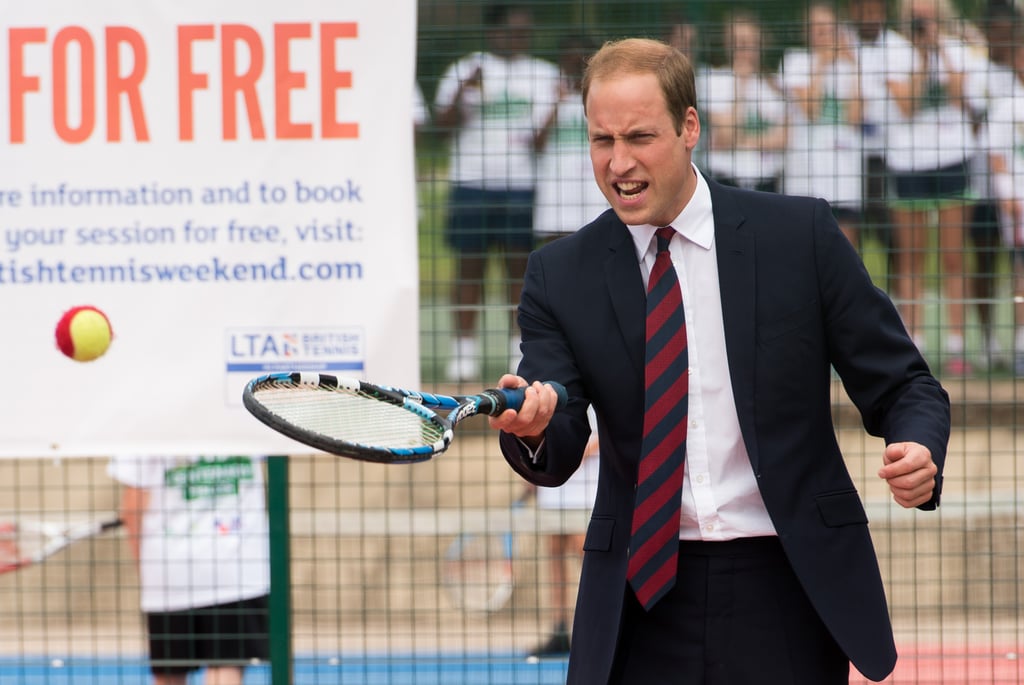 Prince William brought both his serious and playful sides when he visited Coventry War Memorial Park on Wednesday in Coventry, England. The Duke of Cambridge was there to mark the centenary of World War I, speaking to veterans and giving a speech at the park. He shifted gears to plant trees with children and play a game of tennis, having some signature dorky moments with his racket in hand. Though his wife, Kate Middleton, is the more notable tennis player in the royal family, they both enjoy the sport. The couple had quite an emotional time at the Wimbledon men's final earlier this month, and soon after, William was embracing another fun activity: snorkeling. Kate and William have been making separate appearances over the past few weeks — including his history-making selfie with Prince Harry — but they are reportedly thinking about giving Prince George a sibling soon. A source close to the royal family says that they are planning on having a second baby but haven't said exactly when that will be.