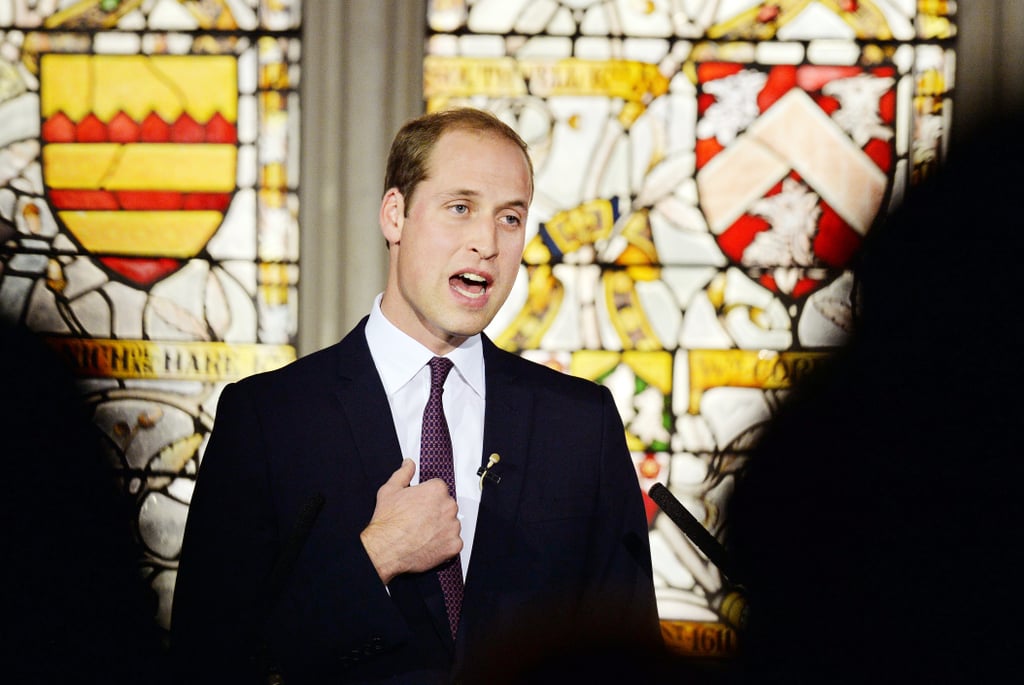 Prince William spoke against the illegal wildlife trade on Monday, addressing a live audience of students plus millions of Chinese viewers in a speech filmed for Let's Talk, a program on China's biggest TV station. In his speech, which was delivered at King's College in London, Prince William brought up his daughter, Princess Charlotte, and how rhinos and elephants could be extinct when she's older. "At this rate, children born this year — like my daughter, Charlotte — will see the last wild elephants and rhinos die before their 25th birthdays," he said.

The speech was delivered as Chinese President Xi Jinping was set to arrive in London for a four-day visit. Meanwhile, during the event, Prince William met with the other talk-show participants, including Bear Grylls, Sir David Attenborough, and former basketball star and United For Wildlife ambassador Yao Ming. Keep reading for the best pictures from Prince William's outing, and then check out the sweet things he recently said about his children, Prince George and Princess Charlotte.