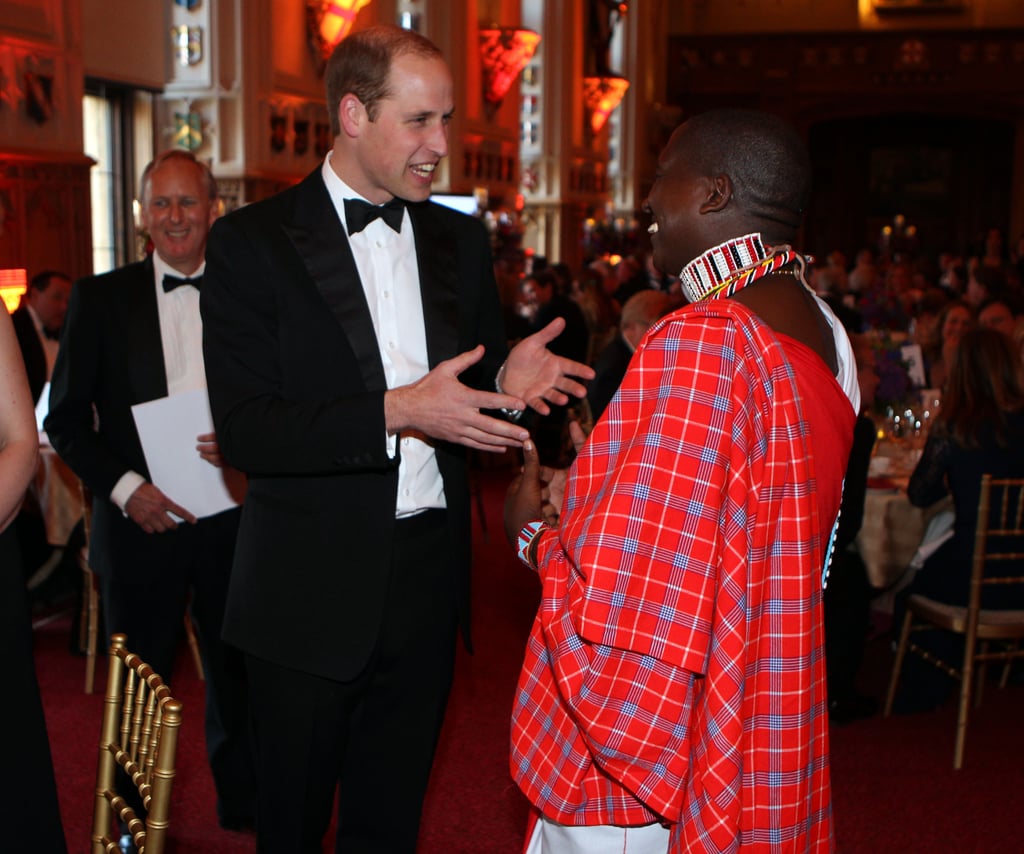 Prince William Suits Up to Party at His Grandmother's Castle

Prince William took a break from dad duty when he stepped out in a dapper tuxedo on Thursday night to host a charity event at Windsor Castle. William, who sipped on what appeared to be a glass of wine, led the celebration by delivering a toast to commemorate the 25th anniversary of conservation charity Tusk Trust. William's friend and Tusk Trust CEO Charlie Mayhew told People magazine that the prince was happy to be able to let loose. "He said that he was delighted and all is going well," Charlie revealed. "He was having a week off from nappies, as he's been in London all week." The elegant party marks the end of a weeklong schedule of royal duties for William. On Wednesday, he stopped by The National Football Centre in Burton-Upon-Trent, England, to meet with members of the England women's football team, the Lionesses.

It's been nearly one month since the Duke and Duchess of Cambridge welcomed their second child, Princess Charlotte, into the world, and the entire royal family has been on cloud nine since her arrival. Prince Charles called his granddaughter "beautiful" and revealed that he had been hoping for a girl, while Prince Harry admitted that he already has a stash of cuddly toys to give to his niece. Take a look at some of the cutest moments from Charlotte's birth, then check out the 14 life lessons her older brother, Prince George, will teach her.