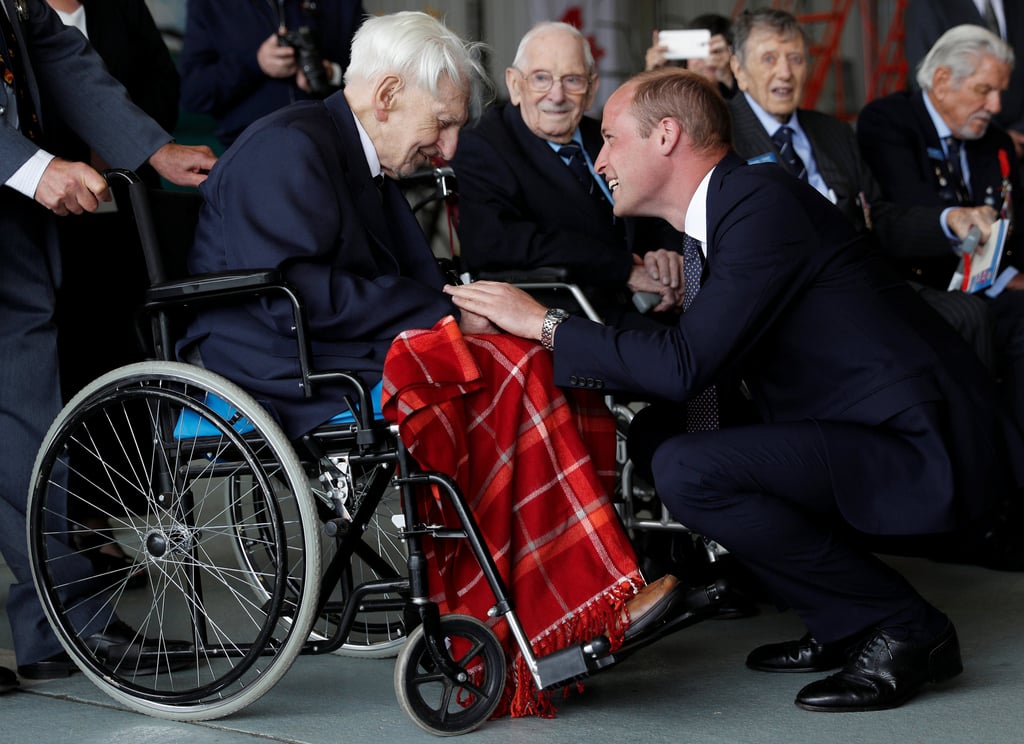 Prince William may be a royal and all, but he definitely knows what really matters in life. The father of two touched the hearts of everyone on Tuesday when he bonded with WWII veterans during a visit to The Battle of Britain Memorial Flight to mark its 60th anniversary at RAF Coningsby in England. William, who is patron of the flight, which was formed to honour the iconic planes involved in the Battle of Britain, appeared to exchange quite a few stories with the veterans as they chatted animatedly and shared a few laughs. At one point, William even bent down on one knee to shake the hand of an older man in a wheelchair. If this outing proves one thing, it's that his late mother, Princess Diana, would be incredibly proud of the work he's doing.

Related:
William and Harry Reminisce About Princess Diana: "She Was One of the Naughtiest Parents"
Previous Next Start Slideshow
The RoyalsThe British RoyalsPrince William