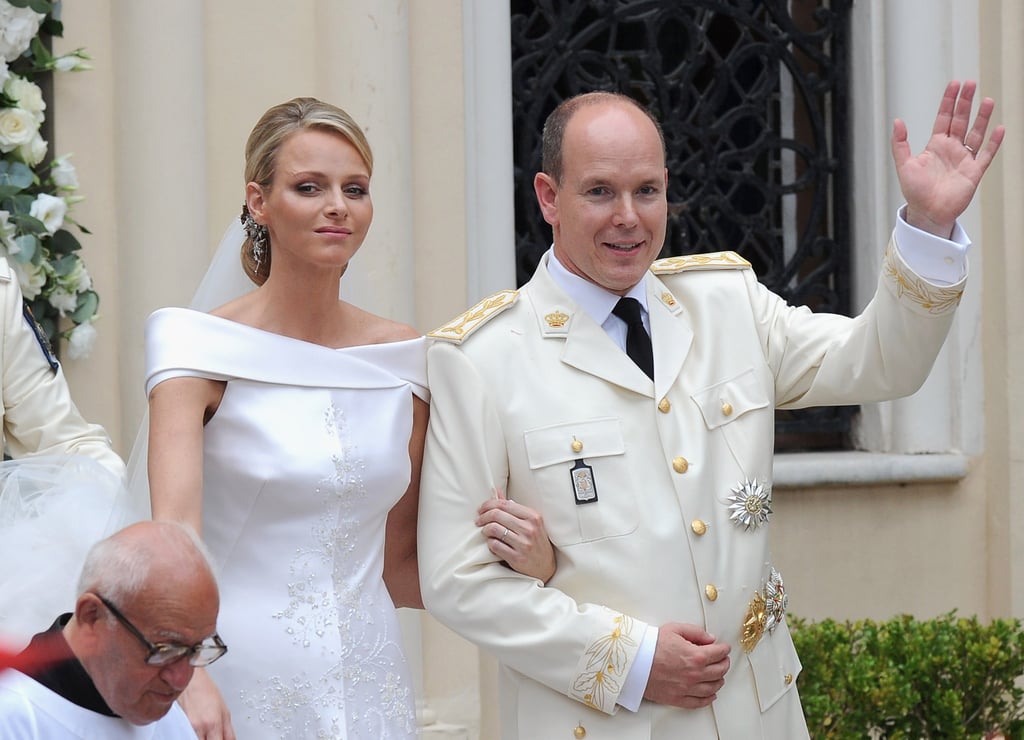 Charlene Wittstock became the princess of Monaco when she married Prince Albert II at the Prince's Palace of Monaco back in July 2011, but she almost didn't make it down the aisle. Just a week before the extravagant affair, it was reported that the former South African Olympic swimmer, who was 33 at the time, tried to escape Monaco and had her passport seized by police at the airport in France. The alleged attempt came amid rumours that Albert had fathered a third illegitimate child when they were together (Albert, who is 20 years her senior, is also father to daughter Jazmin Grace Grimaldi and son Alexandre Grimaldi-Coste from previous relationships). "Charlene had her passport confiscated so that the prince's entourage could persuade her to stay," a senior detective in Monaco previously told the Daily Mail. The publication also stated that Charlene sought refuge in the South African Embassy two months prior to the wedding, once when she was in France for a bridal dress fitting and another time during the Grand Prix in Monaco.

Despite her reported runaway-bride efforts, Charlene was apparently convinced to follow through with the wedding. "There was relief that the bride went through with it; some were insisting until right before the service started that she would get cold feet," a wedding guest told the New York Post. Charlene cried throughout the entire ceremony and was in tears when she and Albert exited the church. Since then, several European newspapers have reported that Charlene and Albert worked out "an arrangement" after his lawyers denied all the claims, and in December 2014, they welcomed twins Jacques and Gabriella.