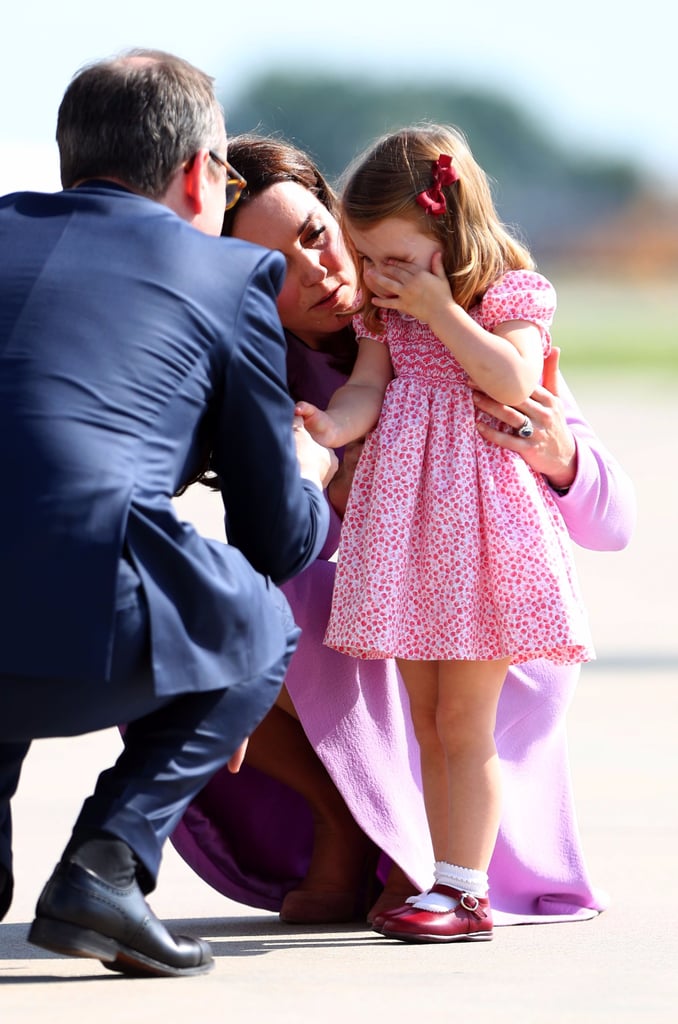 Princess Charlotte has been such a well-behaved little royal during her family's official tour of Poland and Germany this week. In addition to giving her first diplomatic handshake, smelling a bouquet of flowers that were given to her, and curtsying at officials, she's rested comfortably in her mom's arms and even waved to gathered crowds. But on Friday, the last day of their tour, she, like so many of us do, reached her breaking point. The 2-year-old threw a heartbreaking little tantrum when she viewed helicopter models with Kate Middleton, Prince William, and Prince George before departing from Hamburg airport. It's hot, she's tired, and she doesn't feel like looking at planes, OK?

Despite shedding a few tears, Charlotte still managed to shake a few hands as Kate Middleton calmed her. George, on the other hand, changed his tune from earlier in the week and looked delighted to be around helicopters again. Despite being a bit apprehensive about shaking hands, he couldn't contain his excitement as he tried on a helmet and marveled at the plane's controls. He was also probably thinking, "OMG, stop it, sis. You're embarrassing me."