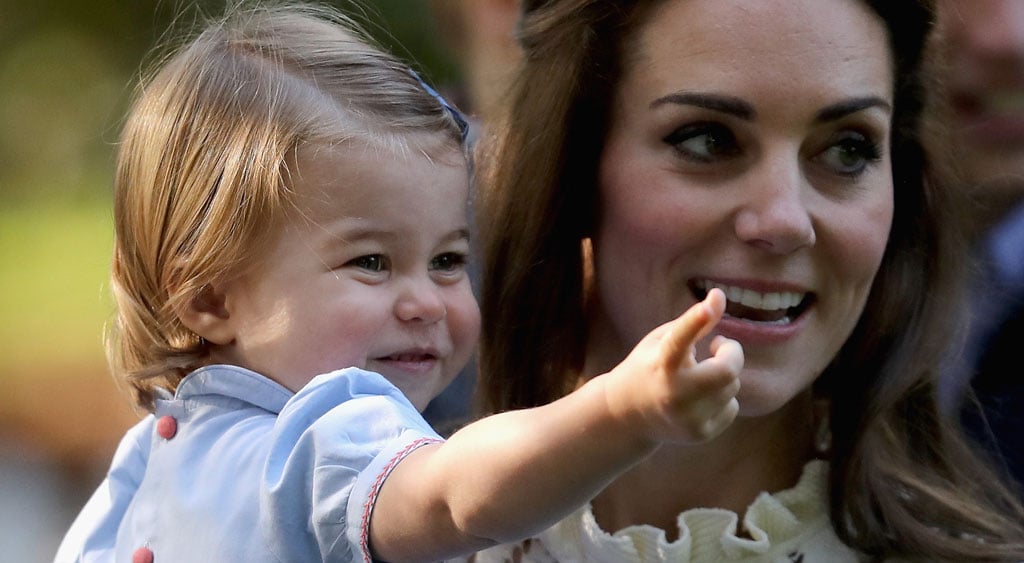 Princess Charlotte had a very memorable outing on Thursday when she attended a party for military families held at the Government House in Victoria, British Columbia, Canada, with her family. The event was part of their exciting eight-day tour of the country, and while there, the supercute 1-year-old played with balloons, casually sat on a giant dog (as one does), and spoke her very first (public) word. Was it "peasants"? "The throne is mine"? Apparently as she banged her tiny, adorable fists on some sturdy, pastel balloons, she was heard shouting "pop, pop!" while her father, Prince William, looked on. She then called him "Dada," instantly melting the hearts of everyone within a 10-mile radius.

Since touching down at the Victoria Airport on Saturday with Prince George and Princess Charlotte, Will and wife Kate have been enjoying multiple events in the area. The royal pair bonded with Prime Minister Justin Trudeau (even though George wasn't a fan), read stories to children at a museum, met First Nations community members in Bella Bella, attended a reception at the Government House, and visited the Immigrant Services Society. Though their packed schedule has certainly been as fun as it is significant, it all pales in comparison to the knowledge that Charlotte can talk. Obviously.