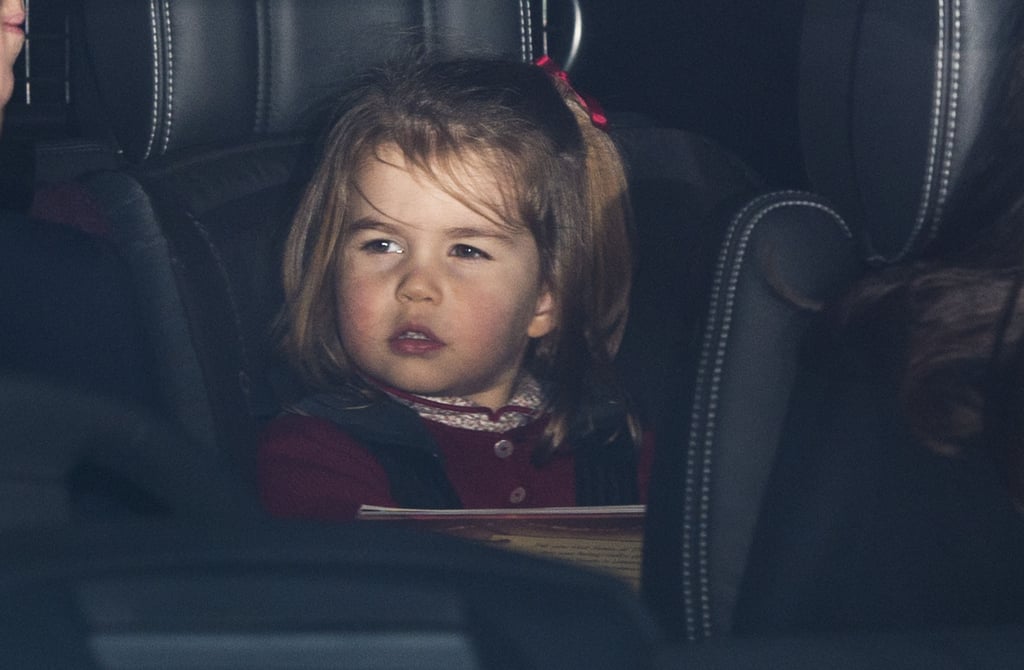 The royal family caused quite the commotion as they made their way, caravan-style, to Buckingham Palace for Queen Elizabeth II's annual Christmas lunch on Wednesday. While Prince Harry and fiancée Meghan Markle drove in one car, Prince William, the Duchess of Cambridge, and their two kids, George and Charlotte, headed to palace in another, along with their nanny, Maria Borrallo. Prince George was spotted in the backseat with his 2-year-old sister, who appeared to be engrossed in a book. The adorable princess, who is gearing up to be a big sister, is also getting ready for another major milestone: Kensington Palace announced this week that Charlotte will start nursery school in January.

Before then, Charlotte and her older brother will enjoy a fun-filled Christmas with their extended family. According to Us Weekly, William and Kate are "really careful" about not spoiling their future heirs, adding that "While they will get some toys, receiving that many gifts wouldn't have a good effect on the kids." A friend told the outlet that "it's their worst nightmare" to have spoiled royals. So what can Charlotte and George expect under the tree this year? The source revealed that a dollhouse is "a strong contender" for Charlotte, while George is currently "obsessed with anything on wheels . . . BMX bikes, skateboards, and toy cars." We just hope he gets police car he asked Santa for!