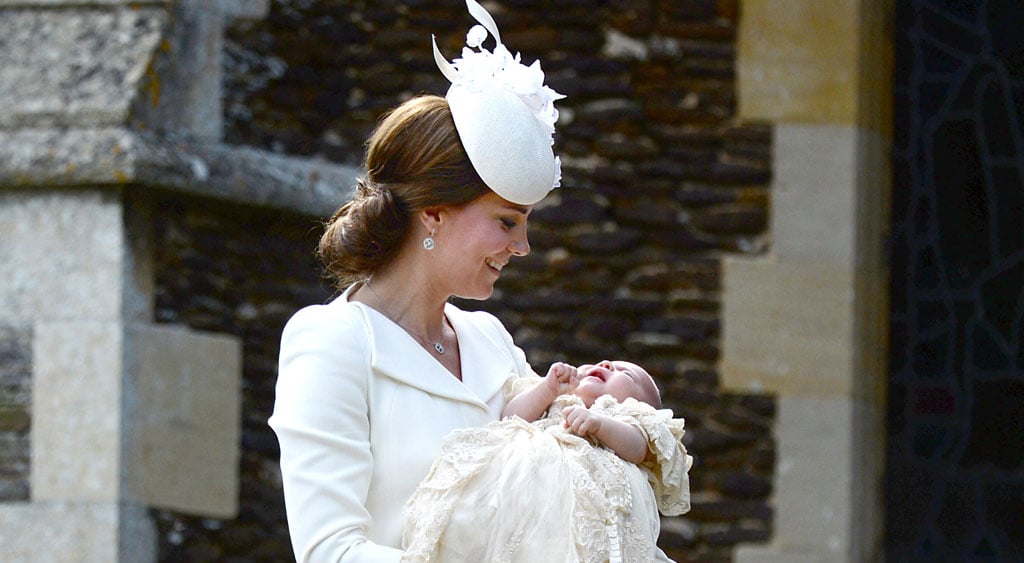 Princess Charlotte may be real-life royalty, but she also holds some serious power in the magical world of Disney. The youngest royal, who was christened in an adorable ceremony in the countryside on July 5, was given a unique gift by one of the Duke and Duchess of Cambridge's closest friends. Charlotte is now the proud owner of a large painting featuring the original billboard advert for Disney's 1937 classic film, Snow White and the Seven Dwarfs. The almost-seven-foot-wide canvas, which is currently at London's Homarge Gallery and is awaiting delivery to Kensington Palace, was created by artist Stephen Cawston, who specialises in re-creating vintage movie posters by hand.

The lavish painting is one of the more impressive gifts that Charlotte has received in her less than three months of life. Prince Charles recently gave his granddaughter a silver photo frame engraved with his insignia that contained a picture of himself with his grandchildren. She also received a silver pin engraved with her initials, designer clothes, and a piece of coral jewellery. Look back at more adorable photos of Princess Charlotte, and then check out her big brother George's smile in her official christening portraits.