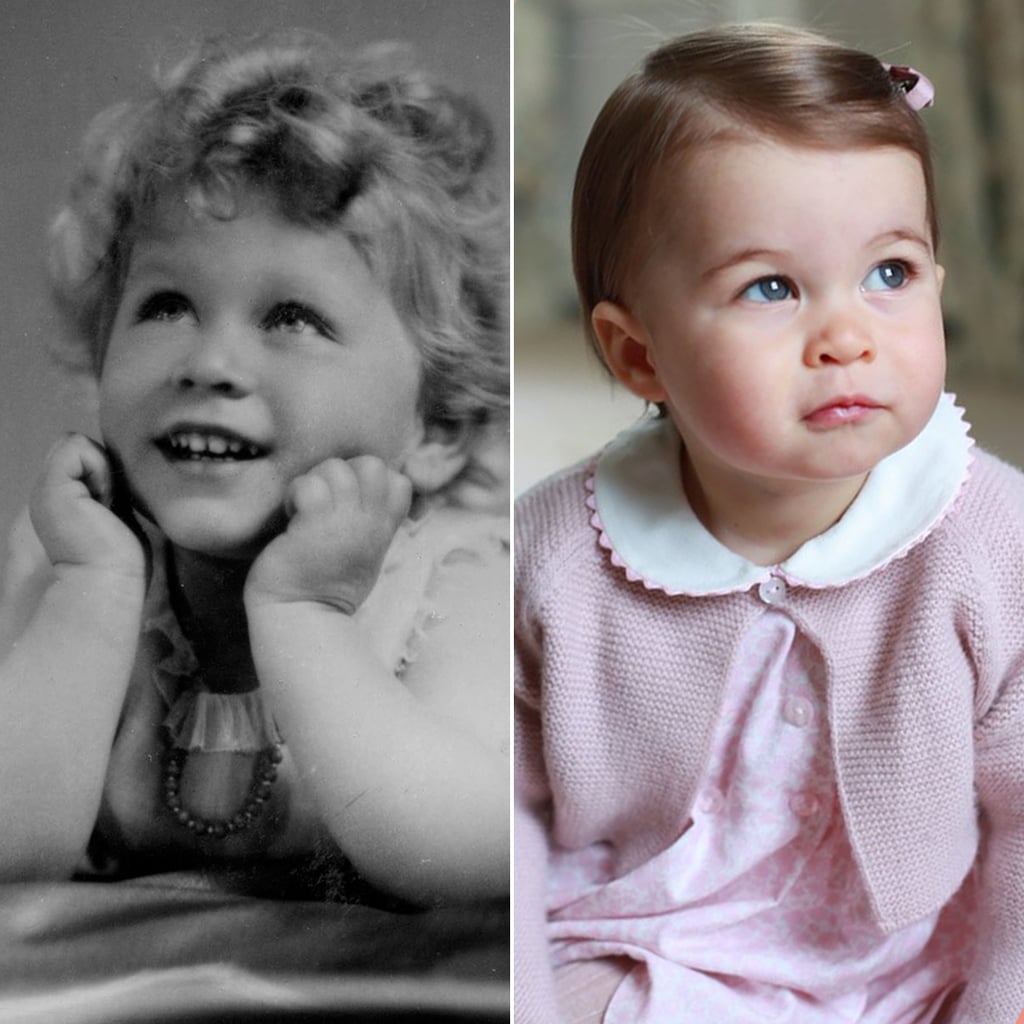 Proof That Princess Charlotte Is the Spitting Image of Queen Elizabeth

The past year has been full of milestones for Princess Charlotte. Since becoming fourth in line to succeed the throne in May 2015, Charlotte has experienced her christening and first public appearance at Trooping the Colour, and most recently, she embarked on her very first royal tour with older brother Prince George and her parents, the Duke and Duchess of Cambridge. As we got a glimpse of Charlotte during her time in Canada — waving to fans, playing with balloons, and smelling a bouquet of flowers — we couldn't help but notice how similar the adorable 1-year-old looks to her great-grandmother Queen Elizabeth II. The striking resemblance is evident in their round cheeks, wide smiles, and big, bright blue eyes. Days after Charlotte's birth, the queen said of her fifth great-grandchild, "We love to have another girl," while Kate revealed that Charlotte is "very cute" but "has got quite a feisty side." Sounds like she and the queen have more in common than looks.