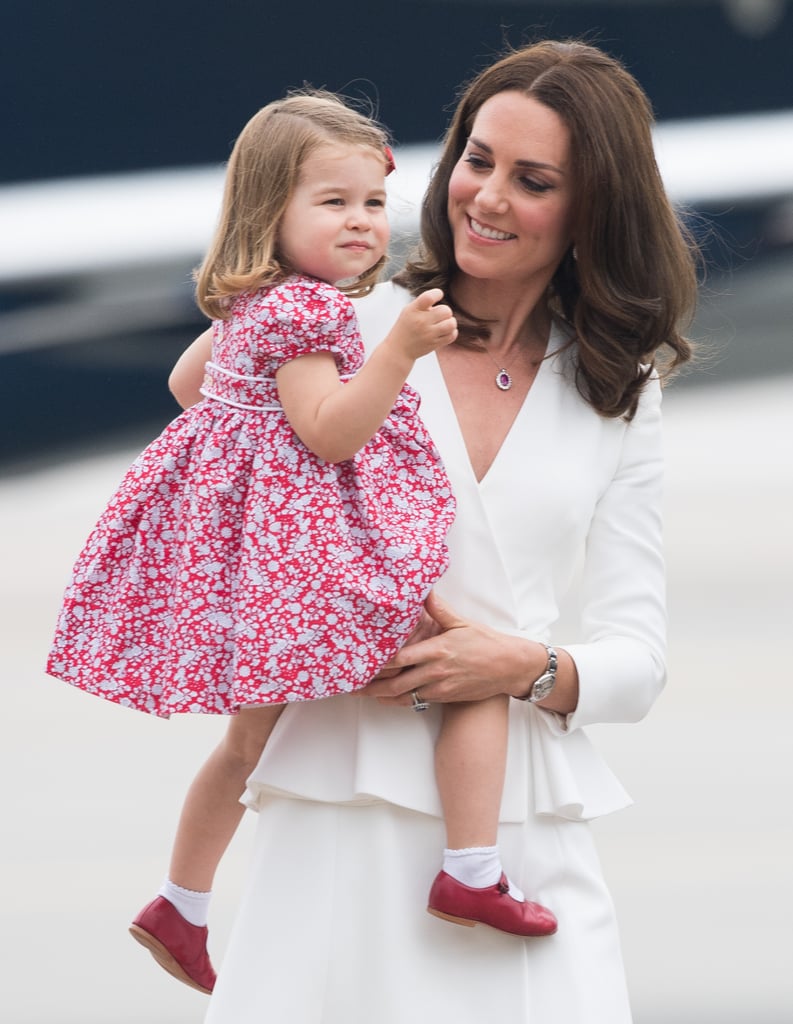 Princess Charlotte had us oohing and ahhing over her adorable debut in Poland this week, during which the 2-year-old stuck close to her mum, Kate, in a pretty floral dress and red flats. The shiny red shoes bear a striking resemblance to a pair that Harry wore back in 1986, complete with buckle strap, beige sole, and slight scuffing on the rounded toes. Of course, Harry and Charlotte have much more in common than strong footwear game — they're both a "spare to the heir" who will one day bond over playing backup to an older sibling who will one day take the throne.

Just last month, Charlotte's big brother George also sported a look inspired by Uncle Harry; at the Trooping the Colour parade, the nearly 4-year-old prince was decked out in a white collared shirt and suspender getup that harks back to one worn by Harry at the same event in 1988.

Related:
Of Course George and Charlotte Upstage Will and Kate on the First Day of Their Royal Tour
Previous Next Start Slideshow
The RoyalsPrincess CharlotteThe British RoyalsPrince Harry