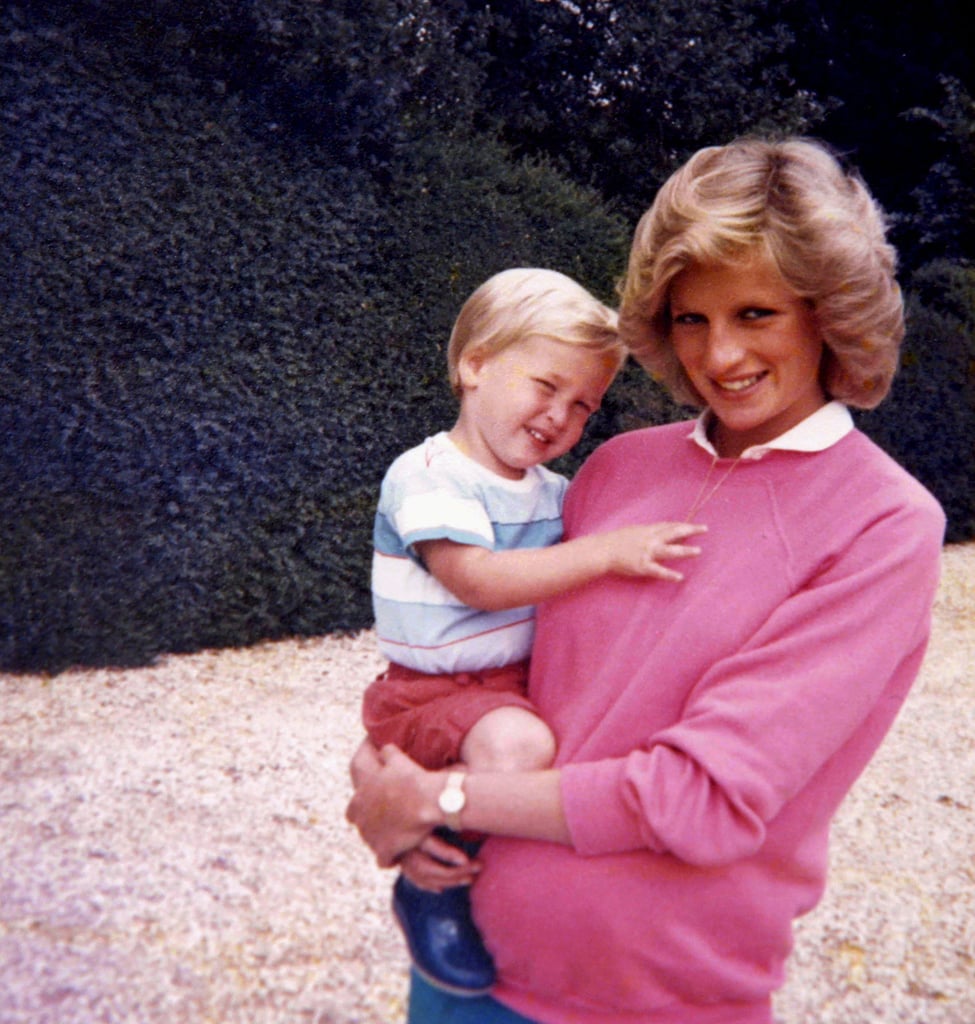 Princess Diana tragically lost her life in a car accident back in August 1997, and the British royal family has set up a memorial at Buckingham Palace to mark the 20th anniversary of her death. Diana's sons, Prince William and Prince Harry, selected most of the items on display, including a pair of Diana's beloved ballet shoes, a personalised school trunk, her old Kensington Palace desk, and a case full of her cassettes featuring albums by Diana Ross, Elton John, and George Michael. Will and Harry also released a handful of sweet photographs from Diana's personal photo album, which will be featured in their new documentary for ITV and HBO, Diana, Our Mother: Her Life and Legacy.

Related:
Princess Diana's Nickname For William Shows What a Fun and Loving Mum She Was

Will and Harry have been opening up more and more about their mother's death in recent months, and in the documentary, the royals spoke about the very last conversation they had with Diana before she passed away. "The very last memory I have is a phone call from Balmoral [Castle in Scotland]," William said. Harry also revealed that they hadn't seen their mother in almost a month before the accident. "There was the point where our parents split and . . . we never saw our mother enough or we never saw our father enough."