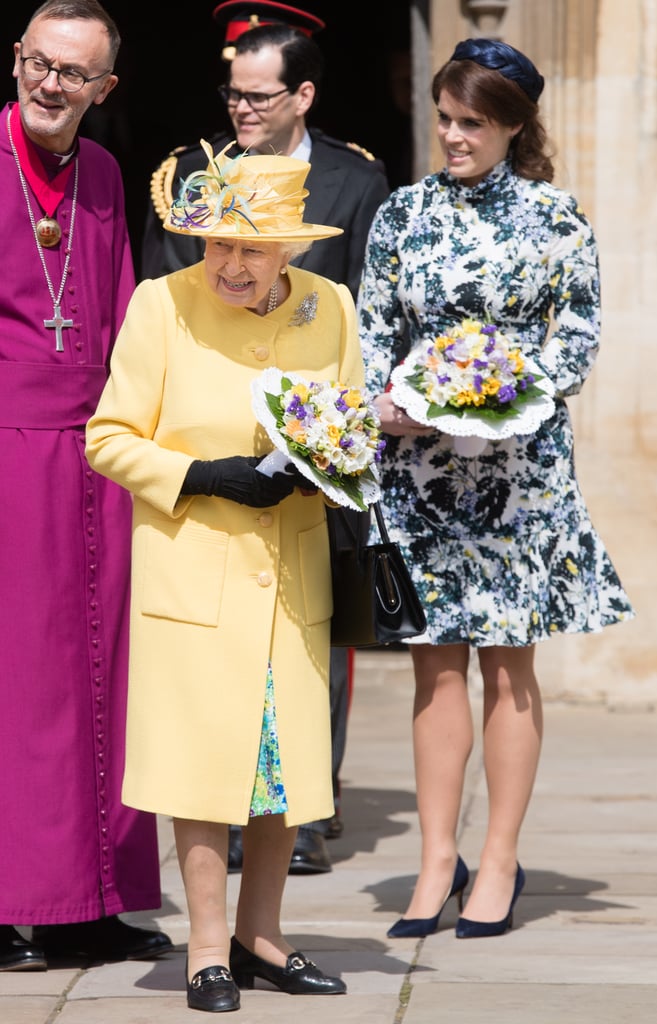 The royal family is kicking off the Easter festivities! On Thursday, Queen Elizabeth II was accompanied by granddaughter Princess Eugenie for the Royal Maundy service at St. George's Chapel, the same place where Eugenie and husband Jack Brooksbank tied the knot back in October 2018. In honour of the queen's upcoming 93rd birthday on April 21, they passed out coins to 93 men and 93 women during the service as part of the tradition which dates back to the 13th century.

Queen Elizabeth and Eugenie appeared in good spirts as they held bouquets of flowers and posed outside the chapel. While the monarch looked bright and cheery in a yellow jacket and hat, Eugenie recycled her floral Erdem Bernette dress, which she wore during the Royal Ascot last year. See more of the royals' sweet outing together ahead!