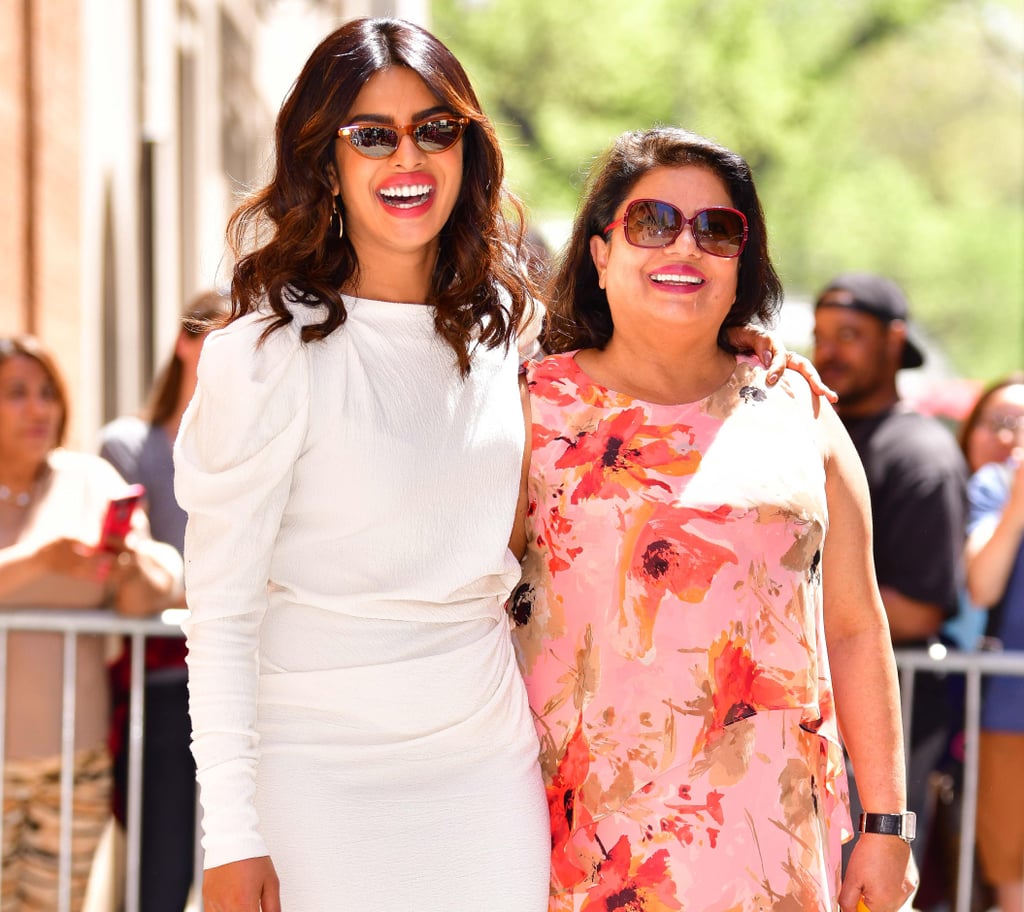 Priyanka Chopra and Nick Jonas are engaged, and her mum could not be any more thrilled. Following the couple's engagement party in India over the weekend, Madhu Chopra recently expressed her excitement over their union to India's Daily News and Analysis. "Priyanka has always been ambitious about her career and I was just supporting her and wishing the best for her, as a mother. I used to pester her, but in the last two [to] three years, I had stopped. I had given up," she said, adding, "It's all destiny."

As for what she thinks about the pair's romance, Madhu seems to love Nick! "I always trust Priyanka's judgment; she's not impulsive. She gave it a lot of thought and when she decided on something, I was sure it would be good," she explained. "Nick is calm and mature. He's a wonderful person and everyone in the family just loves him. He's so polite and respectful towards elders. What more can a mother want!"

However, when she heard things were getting serious between Priyanka and Nick, Madhu immediately told Priyanka that she wanted to meet his family. "Nick enjoyed the prayers during the puja," she said. "It was a new thing for him and he took it seriously. He followed what our panditji said, and chanted the Sanskrit mantras accurately. Both he and his parents did it beautifully. They are nice people."

Nick and Priyanka got engaged in July after a couple months of dating, but according to Madhu, the couple won't be tying the knot anytime soon. "They haven't decided on a wedding date yet. It's too soon," she said. "Both of them have work commitments right now which they need to finish. They will take some time to decide where they want it and when they want it. I haven't forced any of my thoughts on her, but I definitely want a traditional Indian wedding. That's my only wish. I started the roka with a puja, which is important for me. I'm a modern mother, but at heart, I'm quite conservative." Well, whenever the time comes, we're sure it's going to be a beautiful wedding.