Whether or not Ridley Scott's Prometheus is an official prequel to the Alien films, the teaser trailer does a great job at evoking the eerie vibe of the franchise. Presented as an origin story before the first Alien takes place, Prometheus follows a group led by Charlize Theron to another planet in an attempt to discover the genesis of the human race. From the foreboding music and tagline ("The Search For Our Beginning Could Lead to Our End"), we know that they find something far more dangerous and horrifying — though you don't really get a glimpse of what's lurking in the galactic darkness. 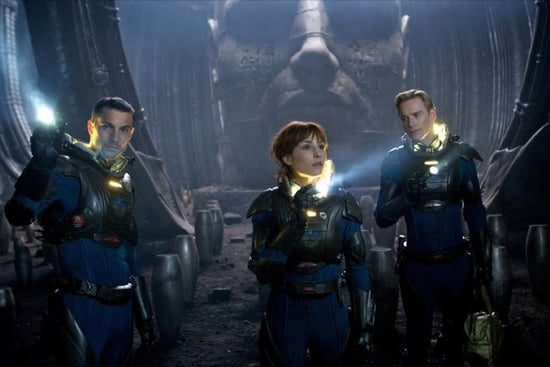 Aside from Theron, the movie boasts a cast that includes Michael Fassbender, Noomi Rapace, Guy Pearce, and Patrick Wilson, but don't look for any of them in this teaser — you only get brief flashes of anyone set against the creepy space backdrop. Still, it's an interesting first taste of the thriller, so watch it after the jump.