Chris Evans is the squeaky-clean hero in this Summer's Captain America, but he's dialing up the grit factor for Puncture. In the film, which is based on a true story, he plays Mike Weiss, a heroin-abusing lawyer fighting the case of a man who invented a revolutionary syringe. Over the course of the legal proceedings, his legal team uncovers a scandal concerning greedy health-care corporations that are refusing to use the life-saving product because of their prior multimillion dollar deals with supply companies. As Weiss battles in the courtroom, he also battles his debilitating personal drug addiction. 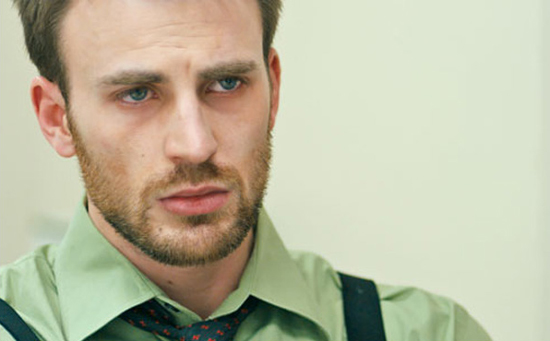 Evans makes a perfect action hero, but this glimpse of his performance in Puncture makes me think he's improving his dramatic acting skills as well. I'm curious to see how he handles the demanding role when the film comes out Sept. 23. Watch the trailer when you read more.