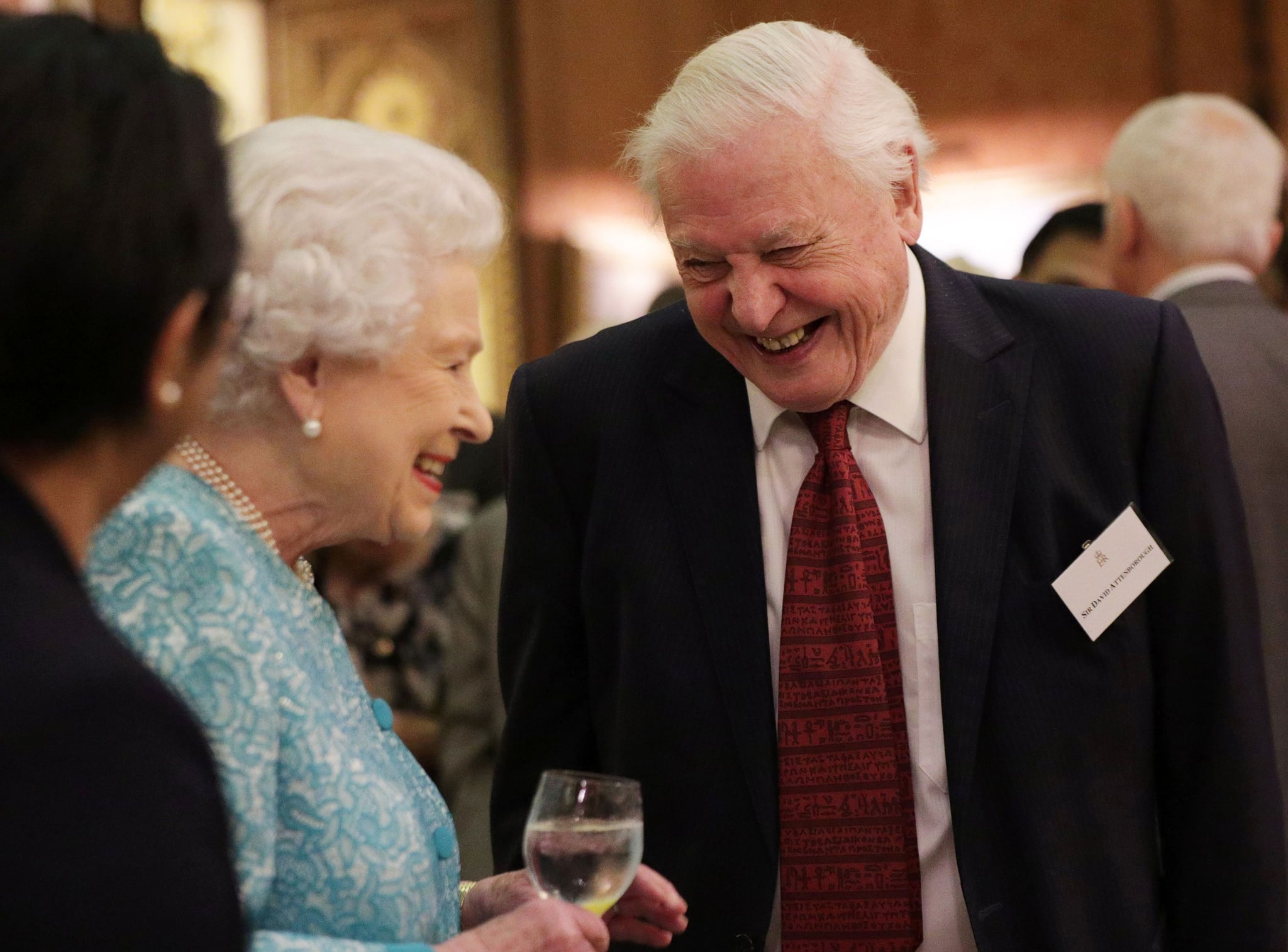 Queen Elizabeth II is spearheading a campaign to rid Buckingham Palace and other royal estates of unnecessary plastic, starting with bottles and straws. According to The Telegraph, her majesty was inspired to make the palaces a little more environmentally friendly after working with Sir David Attenborough on a conservation documentary about wildlife in the Commonwealth. Her son, Prince Charles, has no doubt also voiced his concerns. He founded the International Sustainability Unit in 2010, and in January he spoke in public about his concern for the amount of plastic making its way into our oceans.

As part of this initiative, it's reported that caterers at Buckingham Palace, Windsor Castle, and Holyroodhouse will only be allowed to use china plates and glasses or recyclable paper cups from now on. Takeaway items in cafes on the estates must also now be put in compostable or biodegradable packaging.

This is just one of many initiatives in the UK to tackle the huge amount of waste produced annually. In October 2015, a law was passed that required large retailers (those with a staff of over 250 people) to charge for plastic carrier bags with the hopes of encouraging more people to carry reusable shoppers. Chains like JD Wetherspoons have pledged to stop the "wasteful" use of plastic straws. And Pret a Manger recently doubled its discount for those bringing reusable cups, allowing environmentally conscious coffee addicts the opportunity to buy a coffee for only 49 pence.

We may still be a long way from "solving" the problems we have with nonbiodegradable waste, but with the Palace (and Scottish Parliament) setting an example, a complete ban on plastic straws, and possibly even some single-use bottles, can't be too far behind.