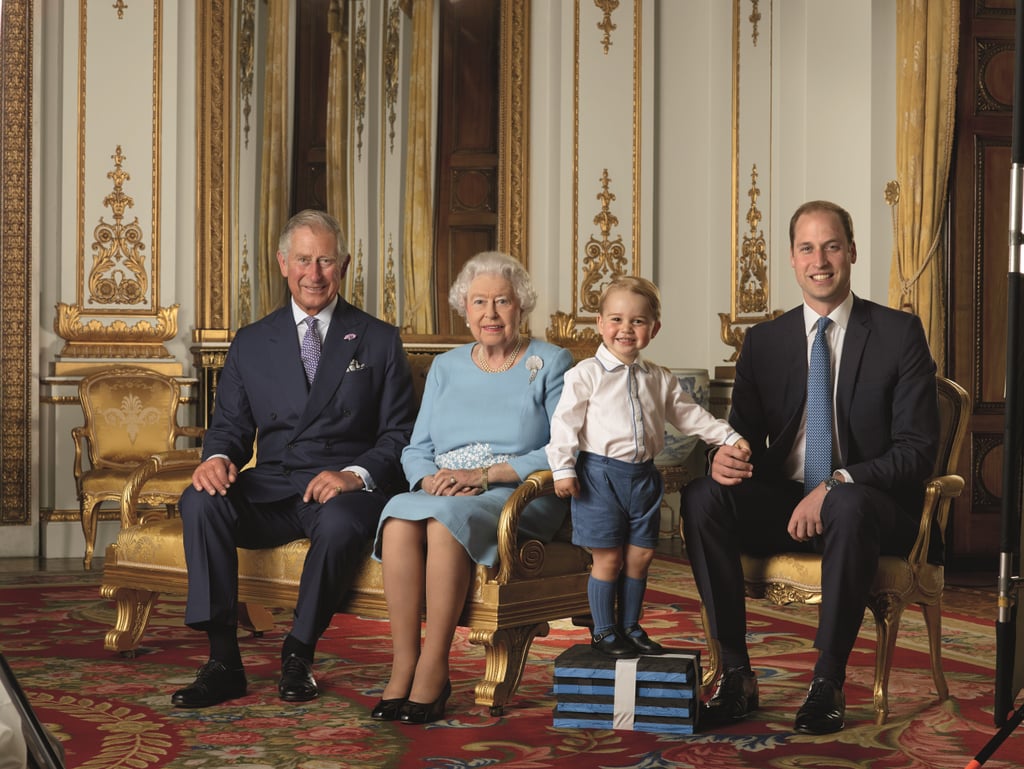 And George Makes 4: The Queen and Her Heirs Pose For a New Set of British Stamps

Four generations of the House of Windsor will feature on a set of postage stamps in celebration of Queen Elizabeth II's 90th birthday. Prince Charles, Prince William, and a grinning Prince George were photographed alongside the queen in the specially commissioned family portrait, taken in secret in the Summer of 2015 in the White Drawing Room at Buckingham Palace. Though it's not the first adorable portrait of the young prince, it will be the first time George has featured on a stamp, and he definitely looks excited to be part of such a momentous occasion!

Photographer Ranald Mackechnie was given the honour of photographing the queen and her heirs, but it wasn't easy. In order to ensure that each individual face could be turned into a stamp for the final set (which appear on one sheet), the distance and height between each of the royals' heads had to be perfectly calculated. As a result, George had to stand on blocks to bring him closer to his dad and great-grandmother, something you can see clearly from the full image. After much preparation, the whole shoot took only 25 minutes to complete, with the photographer telling The Telegraph that George was "a delight."

As well as the special set of four stamps featuring the queen and her direct heirs, Royal Mail is also issuing a set of six stamps that celebrate her reign. Three stamps focus on Her Majesty's family life, and three honour the queen's official work for the country. Take a look at all of these, plus the final stamp set featuring Charles, William, and George, then catch up with what George's parents got up to on their recent royal tour of India and Bhutan.