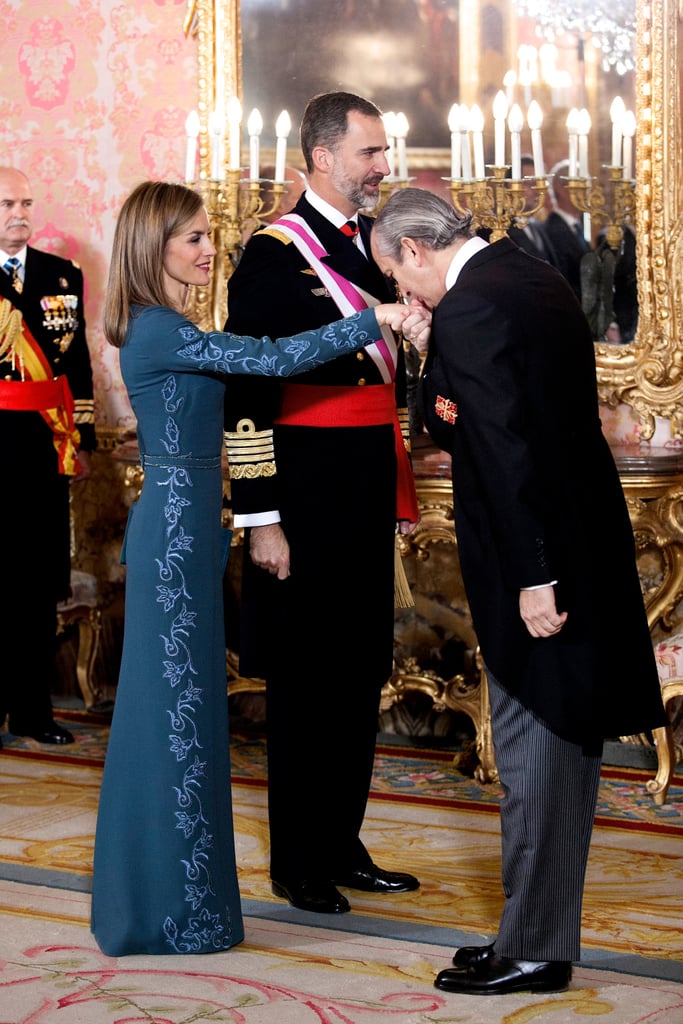 The Spanish royals attended the annual military Easter ceremony at the Royal Palace in Madrid on Tuesday. The event includes a speech from the king and honours distinguished military personnel. It was the first 2015 royal outing for both Queen Letizia and King Felipe VI of Spain after wrapping up their official 2014 duties on Christmas Eve, though they also sent out a special Christmas card. The couple made headlines last year when they took over the Spanish throne, and Queen Letizia quickly became everyone's new royal obsession. Check out their latest royal event, and then take a look at Queen Letizia's best moments.