Kristen Stewart was in LA over the weekend to collect her awards and look fabulous at the Spike TV Scream Awards, but by yesterday she was in NYC to attend a press day for Welcome to the Rileys. The actress was back in her flannel to join costars James Gandolfini and Melissa Leo chatting about their movie alongside director Jake Scott. Kristen spoke about getting into and out of her troubled young stripper role and also opened up about reuniting with the Twilight gang and the rumours she'll do a sequel to Wanted. Kristen said: 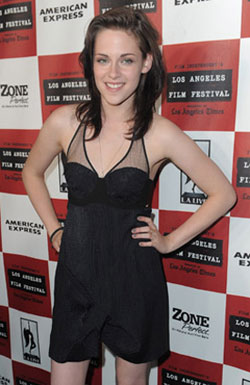 To read what Kristen said about going to a strip club for research, read more.