Get your hankies and Oscar predictions ready: Nicole Kidman and Aaron Eckhart play parents who have suffered the loss of a child in Rabbit Hole, and the trailer is as bleak as you'd expect it to be. Kidman and Eckhart are Becca and Howie Corbett, a picture-perfect couple whose lives are shattered after their son dies in an accident. The film, an adaptation of a Broadway play, traces the aftermath of their grief and their forever-changed relationship, with Sandra Oh and Dianne Wiest providing support. 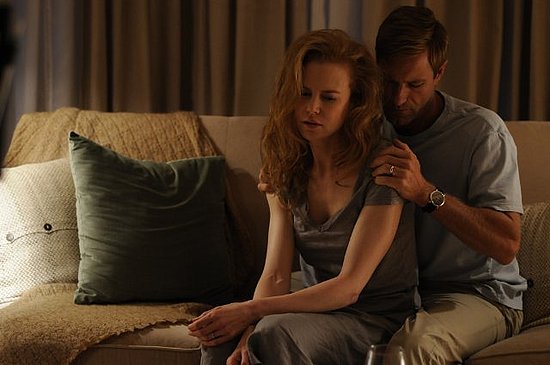 Rabbit Hole generated buzz for Kidman's acting and the film on the whole when it opened at the Toronto Film Festival, and though it looks like an emotionally traumatic experience, I'm eager to see it. Both stars are capable of exquisite performances, and I'm curious to see how director John Cameron Mitchell (best known for Hedwig and the Angry Inch) handles it all. Watch it when you read more.

Netflix
Elle, Noah, and Marco Are Back With More Drama in The Kissing Booth 3 Trailer
by Chanel Vargas 3 weeks ago