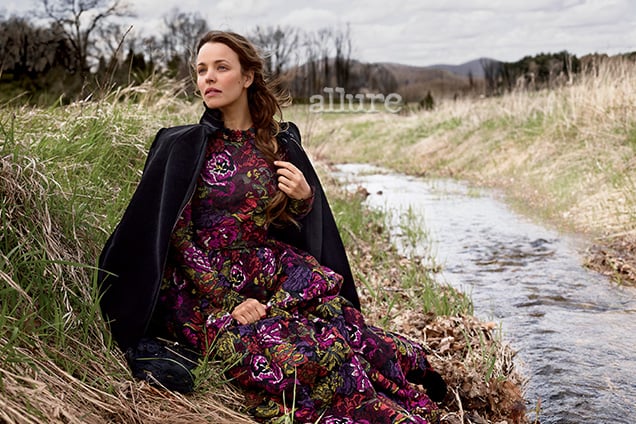 When Mean Girls celebrated its 10th anniversary this year, director Mark Waters revealed some juicy behind-the-scenes scoop about the stars. Among his tidbits was how Lindsay Lohan "kind of got nervous" and shy around costar Rachel McAdams, but apparently that's not how Rachel saw it. In her August cover story with US Allure, she cleared up the rumors, revealing that the intimidation went the other way. "If anything, I was in awe of her talent," she said. Keep reading to see what else Rachel had to say about Lindsay, believing in true love, and how a scary striptease kick-started her career.