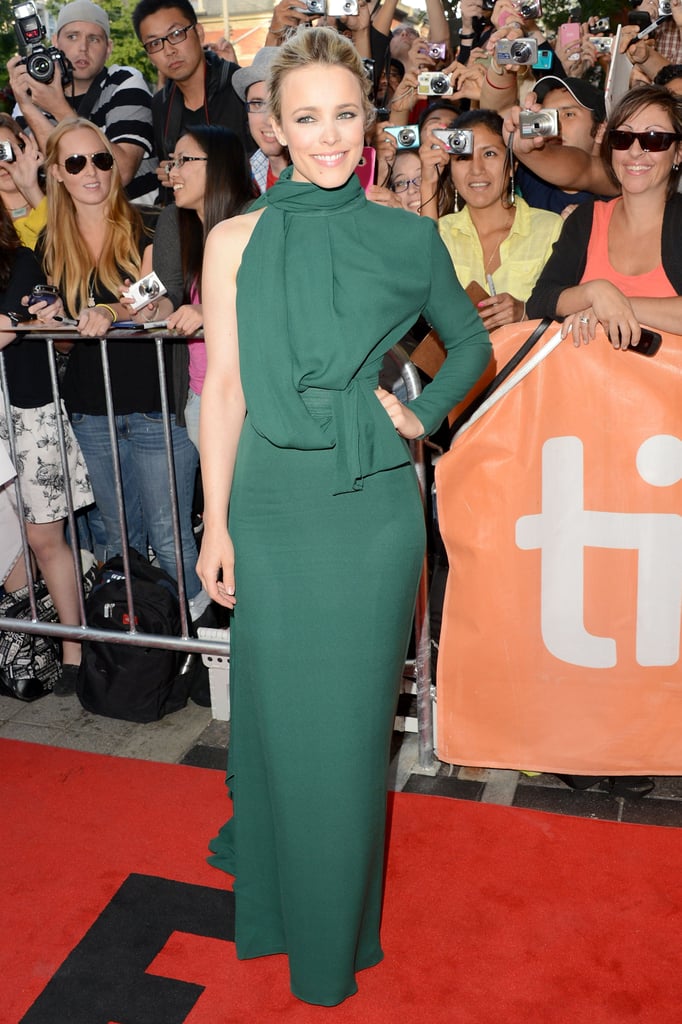 Canadian fans gave Rachel McAdams a warm welcome at last night's To the Wonder TIFF premiere. She stepped out in a lovely green gown and was joined on the carpet by costar Olga Kurylenko, also wearing a similar emerald hue. Olga and Rachel were on hand representing the ensemble cast that also includes Ben Affleck and Javier Bardem. Rachel's boyfriend, Michael Sheen, also landed a part in the film; however, director Terrence Malick cut out his role in addition to Rachel Weisz's and Amanda Peet's. This isn't the last premiere of the week for Rachel; her dramatic thriller Passion is also screening throughout the week at this year's Toronto International Film Festival. We're on the scene, so be sure to follow us on Twitter for all the latest updates, news, and photos from the festival.