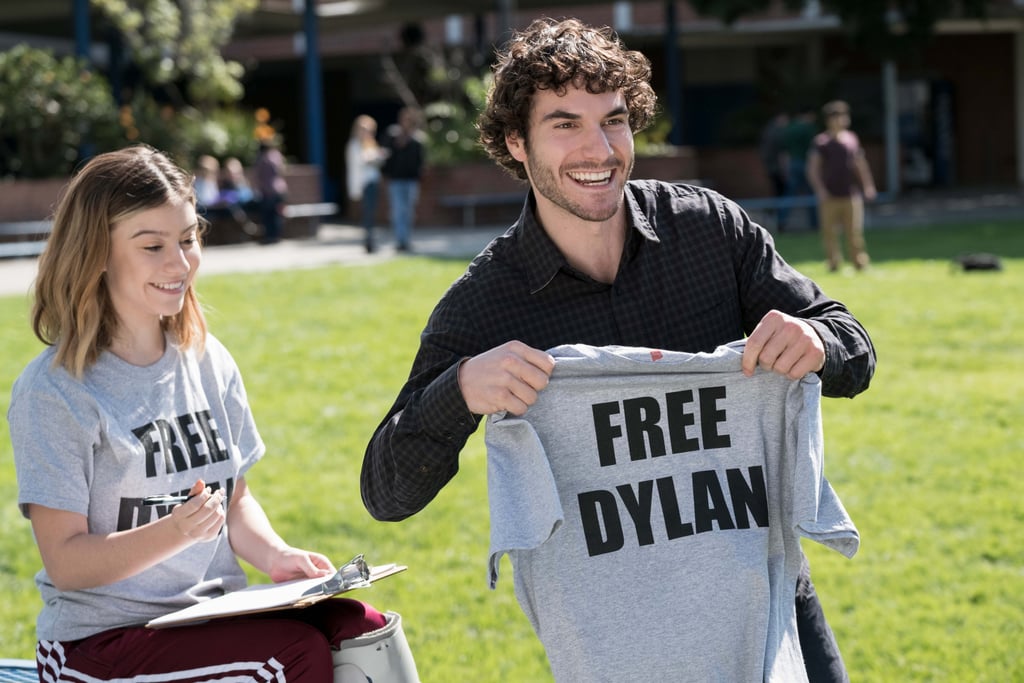 Listen — when we pressed play on American Vandal, a Netflix original true-crime spoof, we weren't expecting anything but cheap laughs. After all, the show's entire premise is about d*cks. (Yes, we mean penises, in graffiti form.) But the series, which somehow strikes the perfect chord between high school comedy and compelling true-crime docuseries, took us by surprise. Apparently, we're not alone.

Sure, the show starts off funny, and there's no denying that the crass content and dramatic analysis of "ball hairs" and Instagram follower counts lend laughs throughout the entirety of the series. But the "whodunit" element of the story is addictive, and fans of shows like Making a Murderer and The Keepers will find themselves caught up in the mystery just like with actual true-crime investigations.

Twitter, naturally, was the first place Netflix fans turned to discuss their newfound obsession with "who drew the d*cks." Between exclamations of awe about how surprisingly good the series turned out, questions about a potential second season, and theories about the culprit, the reactions to American Vandal are golden. If you're on the fence about whether to give the show a chance or you simply want to commiserate with other frustrated fans, you'll want to give these a look (and a giggle).