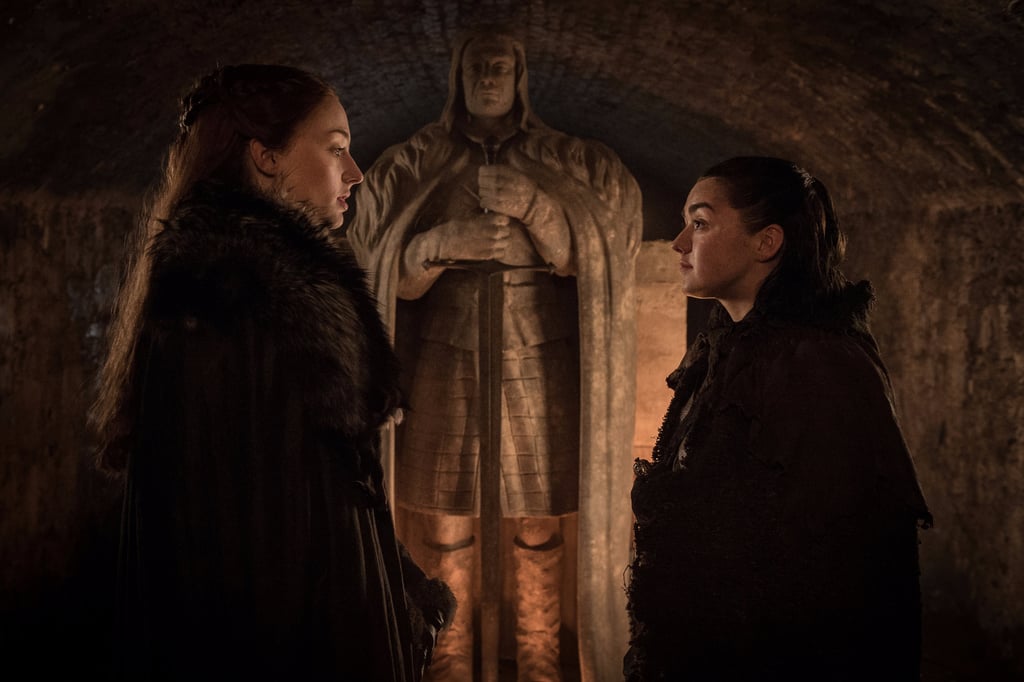 We've all been waiting for it since Game of Thrones season one, and now it has finally happened: Arya Stark has returned home to Winterfell. The youngest daughter of House Stark finally reunited with her two living siblings — TBD on her inevitable future reunion with brother/secret cousin Jon Snow — and understandably, fans of the series couldn't keep it together. There are a lot of emotions to feel, OK?

There are a fair number of unanswered questions in Winterfell: Why does Sansa look so salty when Arya and Brienne are fighting? Does Bran know whose dagger he's holding? Is one of the Starks finally going to kill that devious bastard Littlefinger? But for now, let's all just bask in the joy that is the Stark family reunion. We needed something good to happen to this family, and now it finally happened! Thank goodness Arya's homecoming wasn't as awkward as Bran's, eh?

Fans couldn't contain their joy about Arya returning home, and even the show's cast was getting in on the fun. Check out these totally appropriate reactions to the episode.