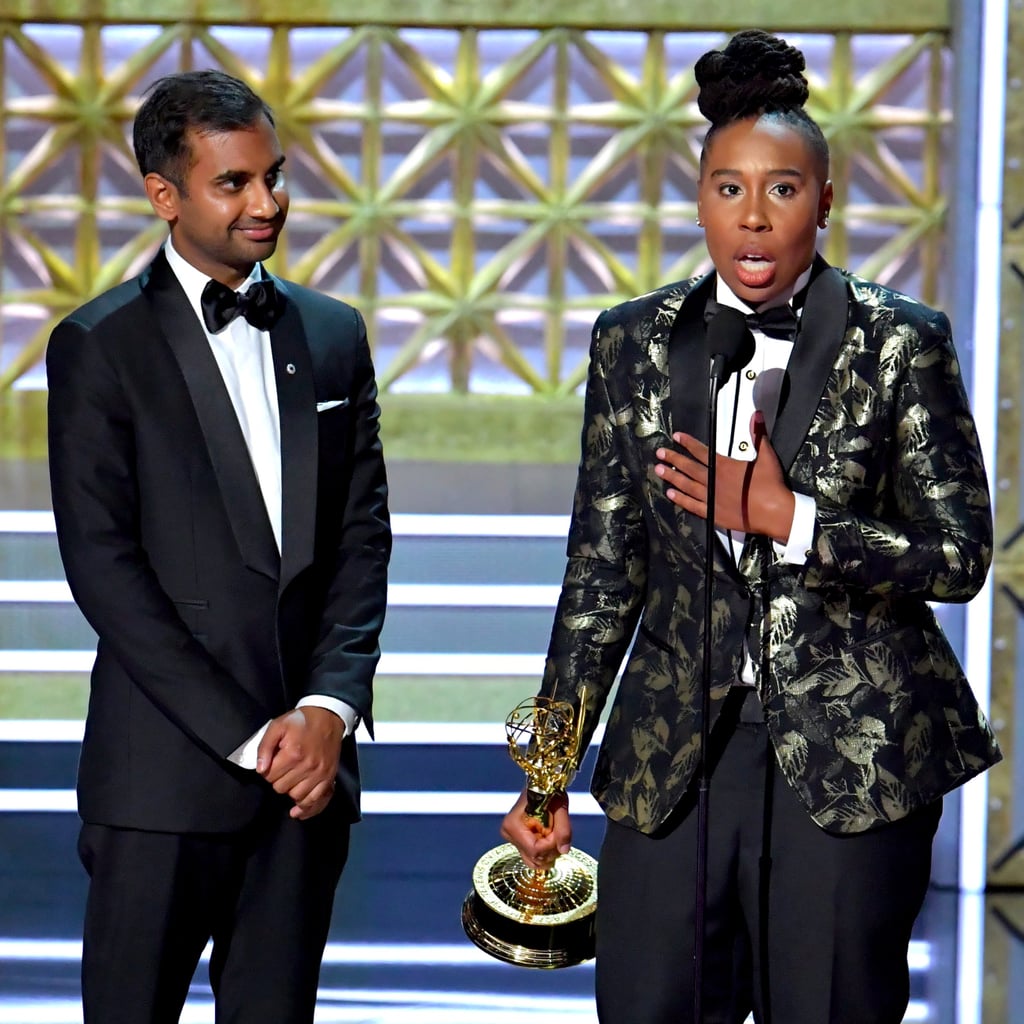 On Sunday night, Master of None writer and actress Lena Waithe made Emmys history. She became the first black woman to win an award for comedy writing for the show's "Thanksgiving" episode, and it was incredibly memorable. In her acceptance speech, Lena thanked Netflix, gave her girlfriend a shout-out, and shared some seriously inspiring words for the LGBTQ+ community.

While Lena had the entire crowd applauding and praising her words, Aziz Ansari remained silent. The creator, writer, and actor of the series took two steps back to let Lena have her time, and it was so damn commendable. Aziz cowrote the episode with Lena, but he clearly recognised what a groundbreaking moment this was not only in Emmys history but also in Lena's life, and she deserved to have the mic.

Although some people on social media were quick to judge Lena for "not letting Aziz speak," we believe that was the entire point. He let her have her moment, and that in itself is worthy of its own award. Last year, Aziz took home the same award for the episode "Parents," when Alan Yang ironically did most of the speaking as well. Read on to see some of the best Twitter reactions to Aziz's acceptance speech silence, and then check out why Lena is the actress to keep on your radar!