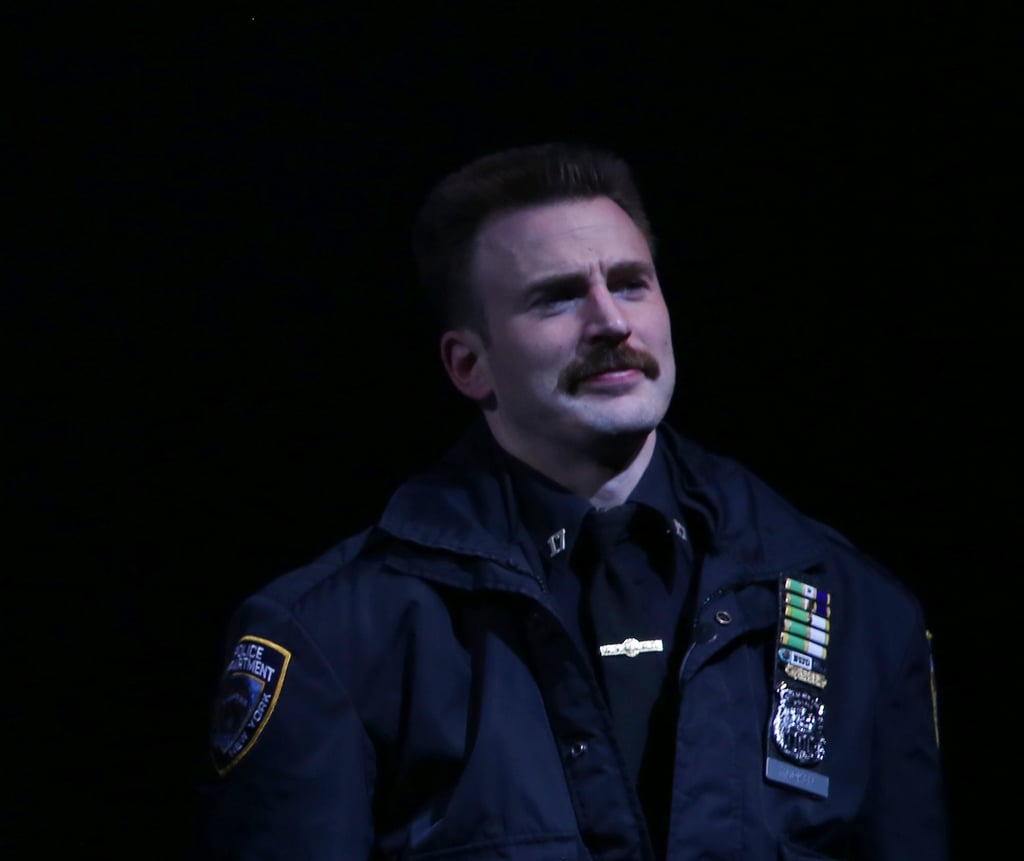 Chris Evans Might Feel "Invisible" With His New Mustache, but Fans Definitely Noticed

Chris Evans, stop playing with our hearts! Between a sad breakup and Chris's recent announcement that he's moving on from the Marvel Cinematic Universe, our beloved Captain America has been the topic of a lot of conversation lately. So much so that when the actor debuted a new mustache for his Broadway debut in Lobby Hero earlier this month, naturally, people had feelings about it. I mean, let's not forget the way everyone reacted to Henry Cavill's mustache (or lack thereof).

While the internet is unsure how to feel about the actor's new look, Chris says his mustache has given him somewhat of a heroic ability. In his recent profile with The New York Times, Chris revealed that people don't recognise him at all with his mustache. "It's like I'm invisible," he said. If he's looking for a little anonymity, it seems like the stache is a success, and as long as Chris is happy, I'm happy. Although, maybe someone should warn him to not take Henry's CGI hair removal route if it overlaps with filming Avengers 4. Just sayin'.

Keep reading to see the hilarious fan reactions to Chris's facial hair, and if that's not enough, check out the new trailer for Avengers: Infinity War.

Previous Next Start Slideshow
HumorChris Evans
Around The Web