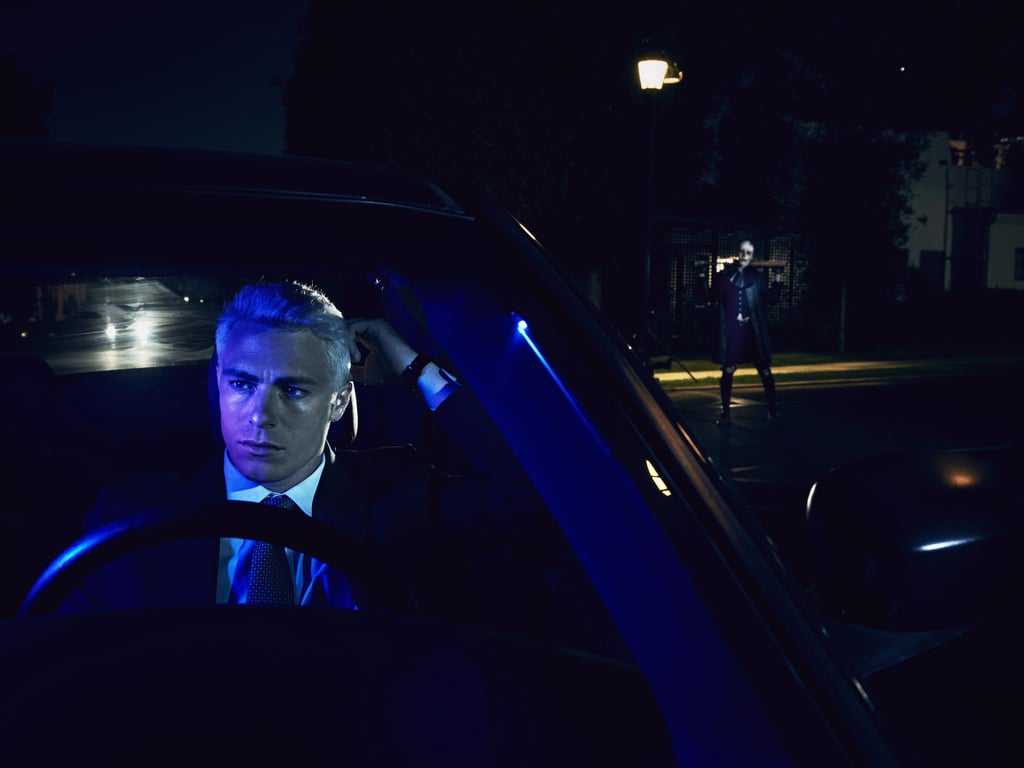 Colton Haynes's Sexy Appearance on AHS: Cult Makes Watching All Those Clowns Worth It

From the second American Horror Story: Cult premiered, it was a damn nightmare. Starting off the episode by reliving 2016's brutal election night in a far too-real depiction is enough to cause some horror, but then add in a sh*t ton of clowns for the next hour, and well, our neighbours might've heard some screaming. But all of that doesn't matter by the end of the episode, because Colton Haynes happens to show up as Detective Samuels. Thanks to his icy blonde haircut and sexy a*s suit, it was almost hot enough to make us forget about those clowns.

He may be investigating the murder of Ally and Ivy's neighbours (who were possibly killed by clowns), and he might be a damn clown himself the way he claims it was a murder-suicide (really, man?), but his chiselled facial features and undeniable swagger have us ready, willing, and able to endure the horror that is season seven (which we're calling American Horror Story: Colt from now on). Check out social media's best reactions to Haynes's appearance on the show.