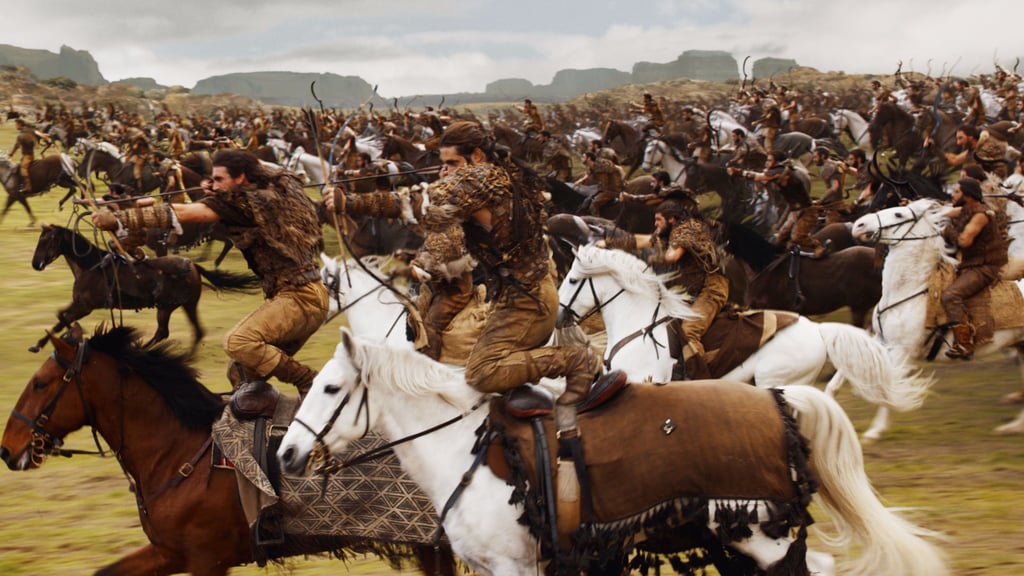 Let's Be Real, the Dothraki Were the Best Part of That Game of Thrones Episode

There's a reason Robert Baratheon once said, "Only a fool would meet the Dothraki in an open field." The horse lords are some of the most fearsome warriors in the Game of Thrones universe, and they get to truly showcase their battle skills for the first time in season seven. Sure, there are dragons and giant crossbows and Daenerys shouting commands in High Valyrian, but let's be real . . . the horde of Dothraki warriors is easily the best part of episode four.

With Dothraki men leaping from their horses mid-gallop and totally owning the Lannister forces with their arakhs, the only thing missing from the epic battle scene is former leader of Daenerys's khalasar Khal Drogo. But we're positive he's looking down from the Night Lands in pride, watching his khaleesi command the troops from atop his own namesake dragon.

If your response to the Dothraki's battle scene was a mix of terror and arousal, have no fear: you're not alone in the slightest. Check out some of the most spot-on reactions to the Dothraki army, then read up on how Dany's fate might just include riding in the Night Lands with Drogo.