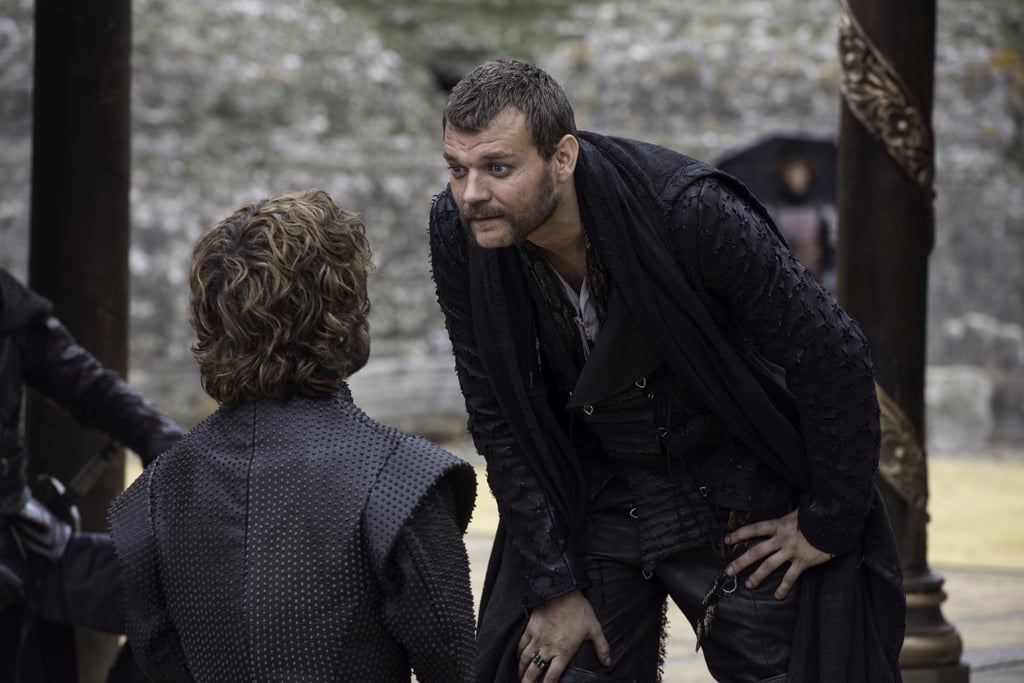 We can all agree the season finale of Game of Thrones was CRAY. We had a lot of feelings about it. But there was one part of the finale that had everyone agreeing with the one person they never expected: Euron Greyjoy. After his defeat of Yara's fleet on their way to Dorne, we've been wondering where he was. Apparently he's just been waiting to show up and be the jerk he always is. When Jon and company bring in the wight they captured from beyond the wall, everyone is visibly shook. When Jon tells Euron that the wights can't swim, the self-proclaimed King announces that he is taking the Iron Fleet back to the Iron Islands and recommends that Daenerys does the same. Though we later learn that Euron isn't actually going back to the Iron Islands but to Essos to get the Lannisters more forces, we still can't help but laugh at the fans' reactions to his exit.