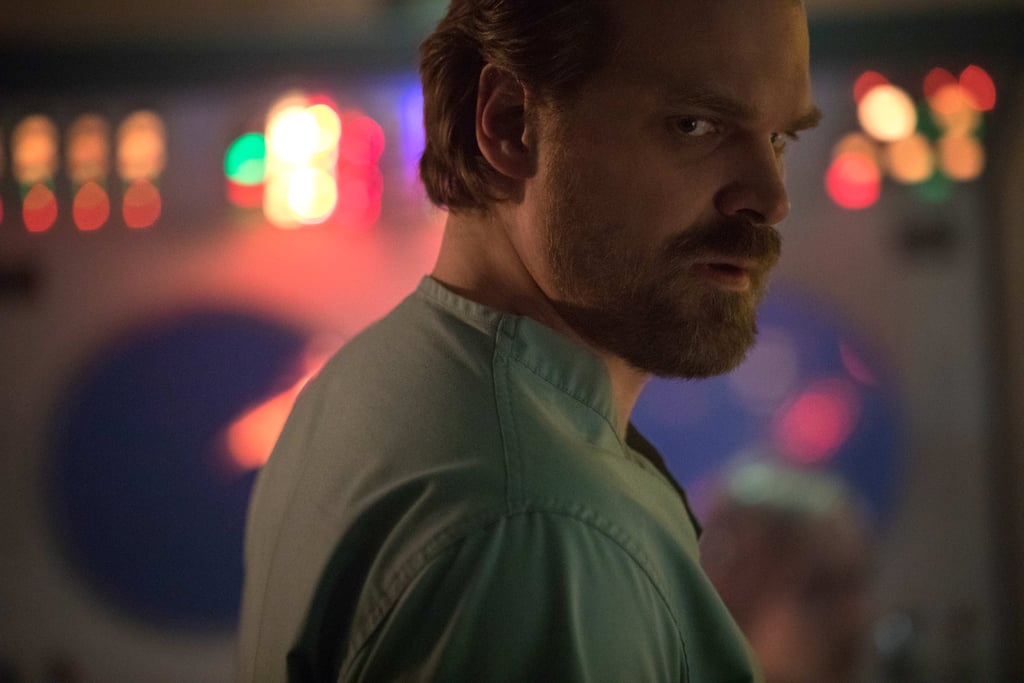 After ripping through season two of Stranger Things at speeds only comparable to Billy Hargrove's Camaro, fans were left with boatloads of mixed feelings. Some simply can't get over Steve and Dustin's adorable friendship or just how pure of a character Bob Newby is, while others (myself included, TBH) experienced a newfound attraction to a somewhat unexpected character: Chief Jim Hopper.

Whether he's wearing his fits-like-a-glove police chief uniform or a flannel shirt with the sleeves rolled up, Hopper's the unsung babe of the series, and the internet seems to agree. Ever since season two debuted on Netflix, viewers have expressed their love for the Hawkins police chief all over social media. Ahead is just a sampling of hilariously on-point tweets from Stranger Things fans who have the hots for Hopper and aren't afraid to show it. If these don't convince you of his daddy potential, maybe reliving his smooth dance moves will?