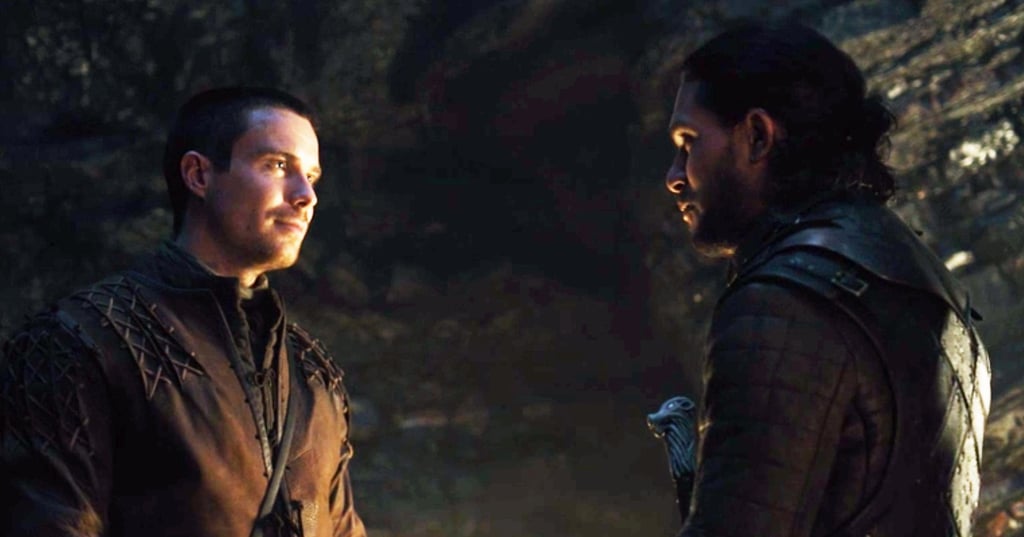 Jon Snow and Ser Davos might have grown close over the last few seasons of Game of Thrones, but after most recent episode, "Eastwatch," it looks like the King in the North has a new BFF: Gendry. Not only does Robert Baratheon's bastard return to the show looking better than ever (seriously, we're still drooling), but he also immediately bonds with Jon over their fathers' history. "Our fathers trusted each other, why shouldn't we?" the young blacksmith asks Jon, before they each tease each other about their looks and generally make us all googly-eyed. Twitter felt the same after watching their insta-friendship and had some pretty hilarious reactions to it all.