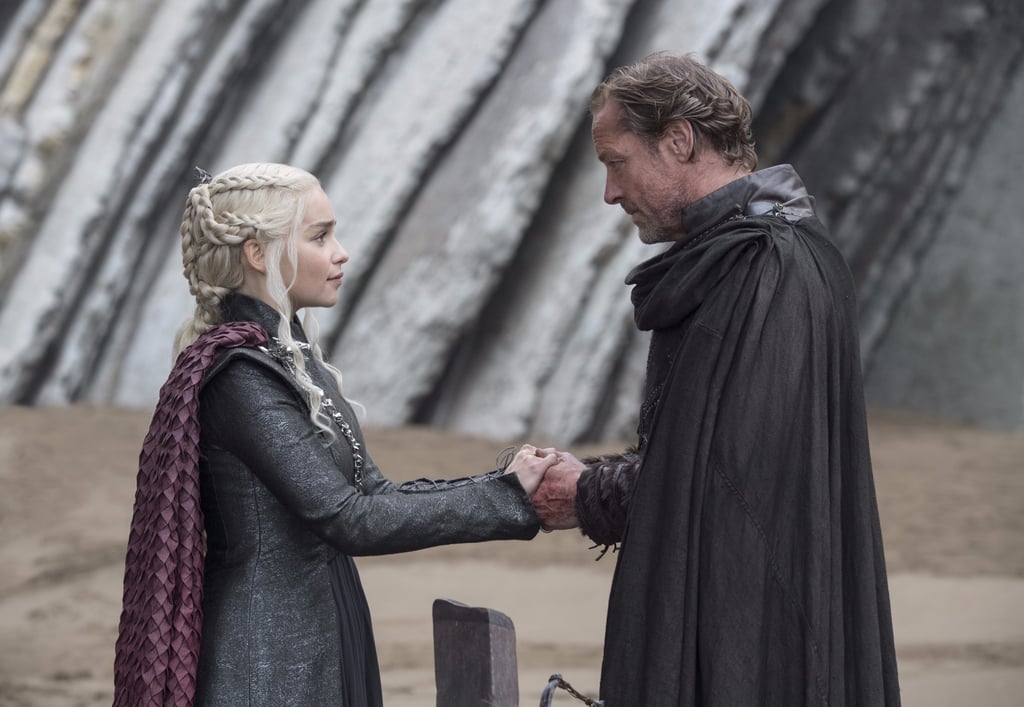 Tonight's Game of Thrones Didn't Go How Jorah Planned, and Fans LOVED It

Well, nobody can ever accuse Game of Thrones's most lovable right-hand man, Ser Jorah Mormont, of disloyalty again. The banished knight literally sheds his own (grayscale-infected) skin to return to serve Daenerys Targaryen in season seven, and when they finally reunite, it's not quite what fans were expecting.

After Jorah declares, "I return to your service, my queen. If you'll have me," many expected the knight and his dragon queen to kiss, since he's harboured a not-so-secret love for her since the beginning of the series. However, now that Daenerys and Jon Snow appear to be connecting on more than just an aunt-and-secret-nephew level, it seems that Jorah and Dany (still) won't work out romantically. The two do share a long hug, however, with Jon glowering jealously in the background.

Now that Jon and Jorah are off to work together Beyond the Wall, only time will tell if their shared romantic interest will result in a rivalry. In the meantime, lose yourself in the oh-so-extra reactions from series fans who can't stop laughing about Jorah's long-awaited return to the friend zone!