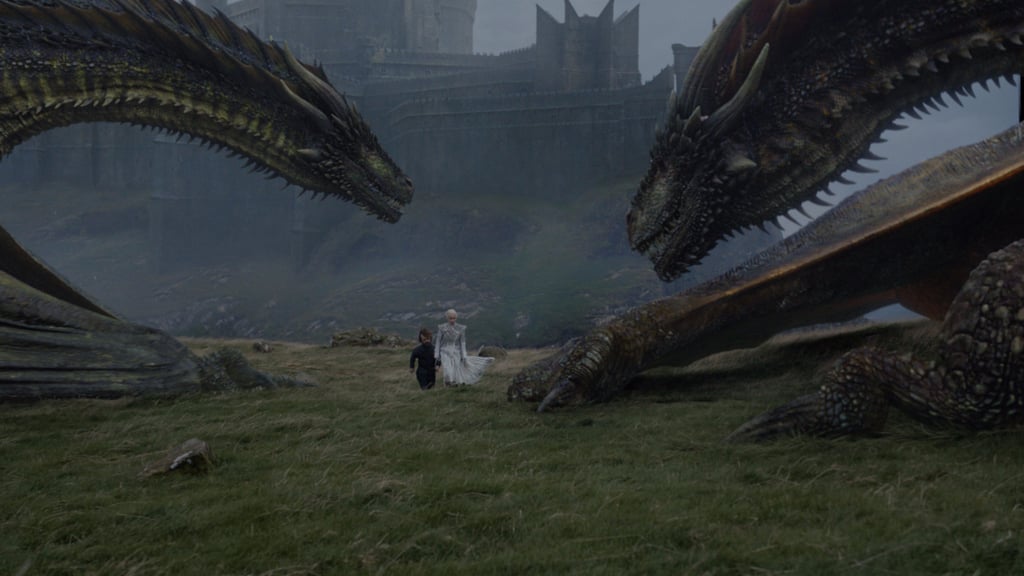 Raise your hand if you've been personally victimised by Game of Thrones. For one, we never expected to sob actual tears over a dragon. Neither, it seems, did the entire GOT fandom, because after Viserion meets his icy end in season seven, the entire internet about lost its mind. Between the overall grief of losing one of Daenerys's three children and the heartwrenching realisation that Viserion will have to fight his two brothers as an undead slave of the Night King, the entire ordeal was just too much.

If you're still lost in your emotions over the saddest moment of the season — perhaps the entire series — then join with your fellow fans in mourning Viserion. But don't feel too depressed . . . at least we have the newfound friendship of Tormund and the Hound to look forward to, right?