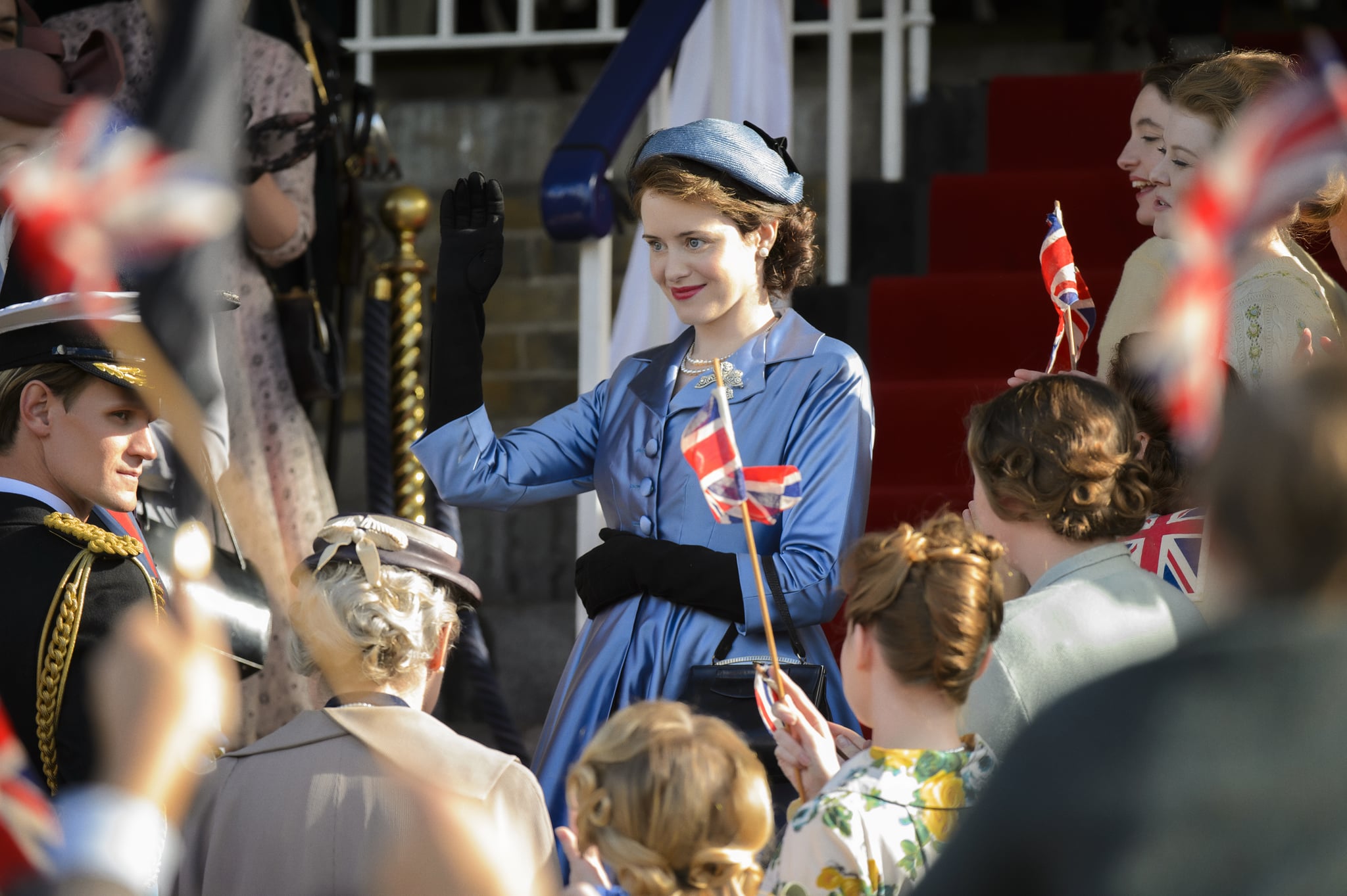 If you've been submerging yourself in Netflix's sumptuous new drama The Crown and found some of the details a little far-fetched, you'd be excused for dismissing them as creative ways to jazz up the story. However, many of these most outlandish moments and unlikely visual spectacles are absolutely true. When it comes to royal ritual and mixing the everyday with the extraordinary, it seems truth really is stranger than fiction.

1. King George VI had his lung removed under the chandeliers at Buckingham Palace.
On screen the king's vital operation is conducted not in a hospital but in a room that could have well been used to host visiting dignitaries — and this is exactly how it used to be for members of the royal family. It's mind-blowing to think that just 65 years ago, all medical matters were tended to at home. Whether that was the queen giving birth to Prince Charles in the Belgian Suite at Buckingham Palace or her father being operated on in another of the palace's 775 gilded rooms.

2. Winston Churchill's secretary read his papers to him through the door when he was in the bath.
Another scene that seems like creative license (but isn't) is when the prime minister's secretary crouches next to the door to read aloud some paperwork that has been sent over by the government. In fact, Churchill was known for taking long baths and would often dictate to his secretary, who would sit outside with her portable typewriter on her lap.

3. Prince Philip sleeps in the nude.
What fact-heavy historical drama doesn't benefit from a little pinch of spice? The scene where Prince Philip rouses from slumber and displays his bare backside to the cameras is not simply to add a little raciness. It has been reported on many occasions that the queen's husband does indeed sleep in the buff.

4. The Duke and Duchess of Windsor had mean nicknames for the royal family.
When Edward VIII abdicated the throne, he and his wife were ostracised by the family, and — in a particularly arch and soapy detail — we're introduced to his and his wife's unflattering nicknames for the royals. The queen was "Shirley Temple" because she was precocious, and the queen mother "Cookie" because she was common and dumpy and looked like a cook. Nice.

5. The queen is a trained mechanic.
In a scene where a Jeep's engine overheats in Kenya, the queen calmly tells everyone to just leave it for a moment, explaining, "I was a mechanic in the war." Amazingly, her majesty did serve in the armed forces in 1945 and knows how to change a tire and replace a spark plug.

7. The monarch is awoken by the sound of bagpipes every morning.
In a more subtle scene, bagpipers are shown playing outside the royal residence, and this is not an idyllic flight of fancy. It is tradition that the monarch is roused every morning by the sound and is still how the queen greets the day even now.

8. The government knew the king had cancer before he did.
It's inconceivable to us that a medical professional would withhold any information relating to our health, but that is exactly what happened with King George VI's lung cancer. After the diagnosis, the prime minister was told, and the king only found out later.

9. King George had a normal day before he died.
Considering how ill the king was, it could seem that his onscreen final hours with his family — where he was active, engaged, and enjoying himself — were embellished to ramp up the emotion. However, the king did indeed have a fairly normal day before his death — he went shooting and spent the evening with his family, including the young Prince Charles and Princess Anne.

10. The queen wore the crown with her everyday clothes leading up to her coronation.
Again, it seems like the kind of addition that could have been added in to create an amusing scene, but it's true that the queen asked to practice with the heavy headpiece so that she felt natural with it by her coronation day. Prince Charles has even revealed that she wore it at his bath time.