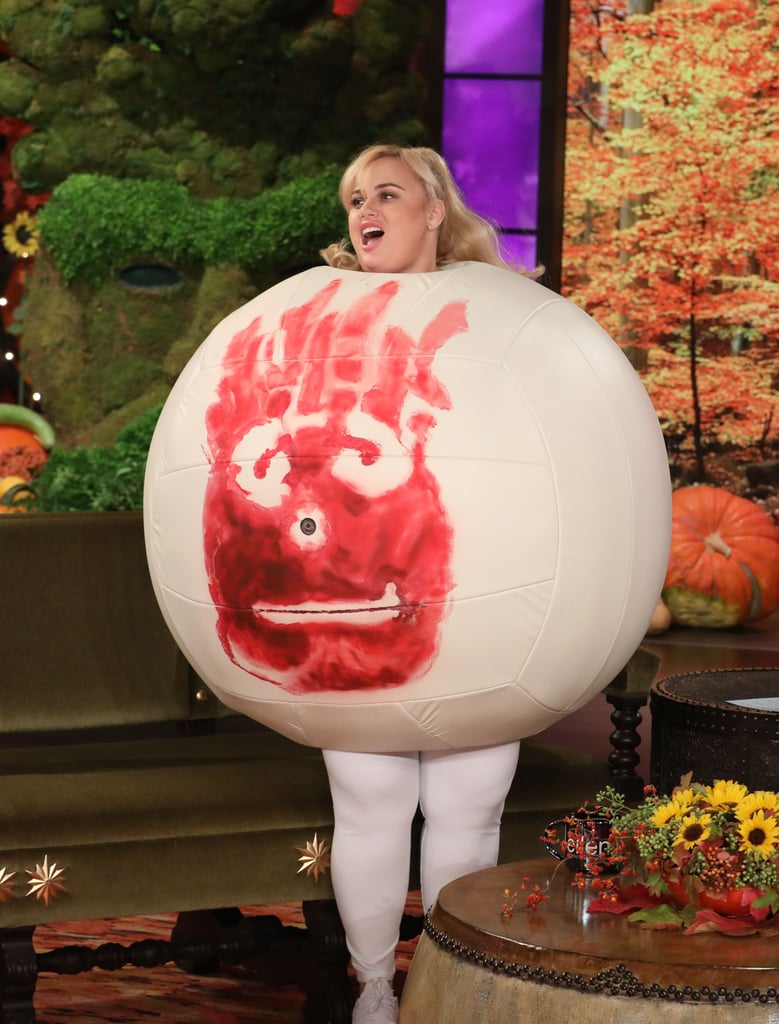 Rebel Wilson Dressed as Wilson the Volleyball From Cast Away, and Oh My GOSH

Leave it to Rebel Wilson to think of the most un-basic and hysterical Halloween costume. The 38-year-old star made an appearance on the Halloween episode of The Ellen DeGeneres Show dressed as — drumroll, please — Wilson the volleyball from Cast Away. Hah! She suited up in an inflated, spherical getup that featured the Wilson Sporting Goods label on one side and an exact replica of the bloodied handprint on the other. Honestly, she freakin' nailed it.

When Ellen, who was dressed as The Bachelor's most dramatic contestant, asked Rebel what inspired her costume choice, Rebel joked, "I love that movie. It's definitely my top 300." The two went on to chat about Rebel's upcoming film, Isn't It Romantic, and the rumours about the possibility of a fourth Pitch Perfect movie, which she pretty much confirmed would begin filming in the next year. Honestly, it's quite the challenge to keep a straight face while watching Rebel discuss her acting gigs dressed as a giant, fake blood-covered volleyball, wouldn't you agree?