Series two of Gossip Girl has been ridiculously entertaining and funny. It's like they've turned the craziness up to eleven! It has been over the top and it's definitely not taking itself seriously, and right now I'm loving that — are you enjoying that aspect of the new series so far? Tonight's episode was literally pretty dark after a power cut swept over New York during Blair's party. Here are some of my thoughts: 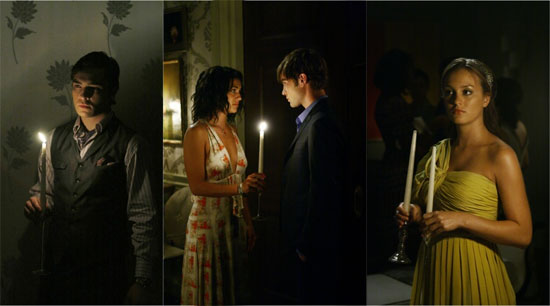 To see the rest of my thoughts on everyone else, as well as having the oppotunity to leave your own, just read more.

So are Dan and Serena done for good? I hope so, I mean, I'm all for love, but they are so boring now. Which of the other couples are you crossing your fingers for? Let me know all your thoughts!