ITV’s four-part drama Lost In Austen kicked off last night, with modern day Amanda walking into the world of Jane Austen. I gave you some details about the premise yesterday, and the majority of you were interested. For those of you who missed it, or want your memory refreshed, here's what went down in the first installment. 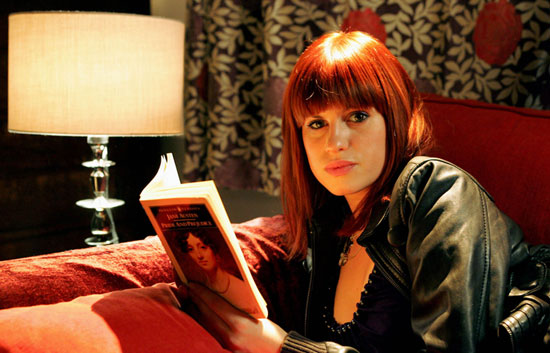 It starts with Amanda explaining how she loves to escape into Pride & Prejudice and we soon see why, when her boyfriend (who’s cheated on her) drunkenly proposes and her newly divorced mother tells her to accept, since no-one will live up to the “standards” she’s adopted from her favourite novel. So when Elizabeth Bennet arrives in her bathroom, it’s no surprise that Amanda is thrilled to meet her heroine. When the women swaps places, however, things start to get more complicated.

So there are my opinions on the opening episode, but I'd love to hear your views, so share your thoughts with me.