After last week's scene-setting opening episode, last night's installment of Lost In Austen picks up the pace and stays entirely in the world of the book. We meet the wicked Wickham, and see some interesting departures from the plot of Pride and Prejudice when modern day Amanda manages to mess up crucial situations. 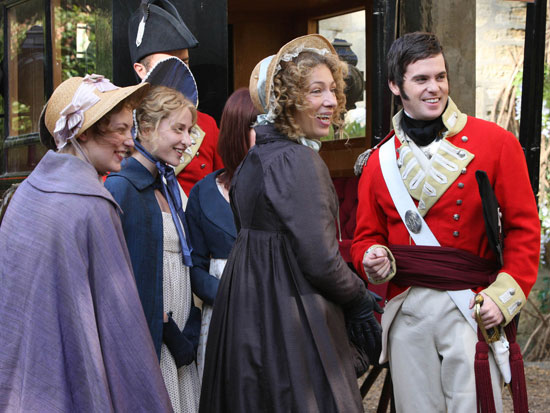 The episode starts at Netherfield, and Amanda aiding Jane's recovery by slipping her a paracetamol. When Bingley makes his interest in our modern day heroine known again, Amanda manages to wriggle out of the awkward situation by telling him she's interested in women. I'm not expecting any Sarah Waters-esque exploration of female sexuality to develop from this, but it would be fun if it did!

So there are my opinions on the second episode, but I'd love to hear your views, so share your thoughts with me.