This week's Skins focused on the mostly quiet, oddball of the group, JJ. We found out about his autism, got a glimpse into what his world and views of his friends are like, and generally got to know a little more about him and his take on the twisted goings on within the gang. 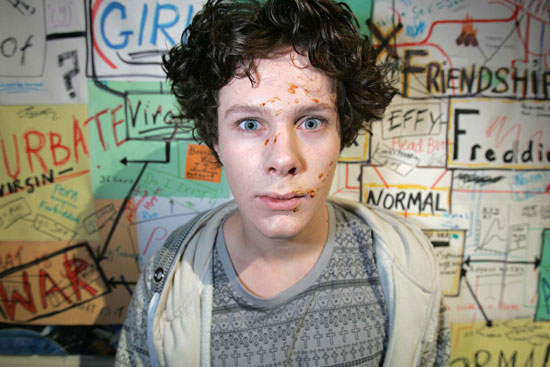 Just like last week, I've compiled a list of ten talking points that you can use as a jumping off point to discuss the episode in the comments. I can't wait to read your thoughts! Just read more.

So, let me know all your thoughts about this week's episode — I can't wait to read them!