This week's Skins focused on the twins, Emily and Katie, and we got some insight into their difficult relationship. After last week's dramatic ending Cook and Effy were absent, but the drama was still in full flow. We'll get to see what's going on with Effy and Cook next week, but this week it's all about the twins, Naomi, Freddie and JJ — I can't wait to hear your thoughts! 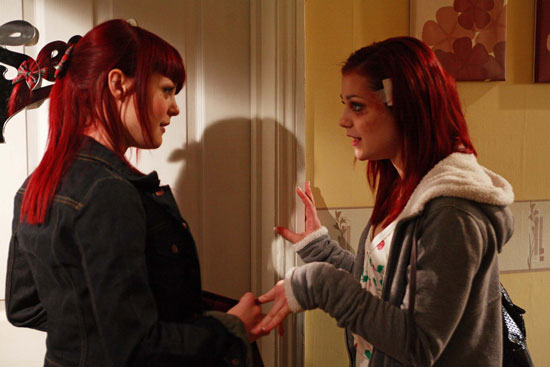 To read my thoughts on last night's penultimate episode of series three and to leave your own, just read more.

What an uplifting ending! What did you think of this week's episode? I can't wait to hear your thoughts — are you looking forward to catching up with Cook and Effy in next week's season finale? Let me know!