Skins returned last night for a third series, this time with a brand new cast and all the swearing, sex, drugs, fun-loving teens and foolish adults that we've come to expect from the show. With Effy Stonem as the new nonchalant queen bee of the college (taking over from her older brother Tony's position in the first series) we met a brand new gang of characters — the three boys Freddie, Cook and JJ, and the girls Naomi, Pandora (familiar from series 2) and identical but oh-so-different twins Emily and Katie. So without further ado, here are a few of my comments on last night's episode: 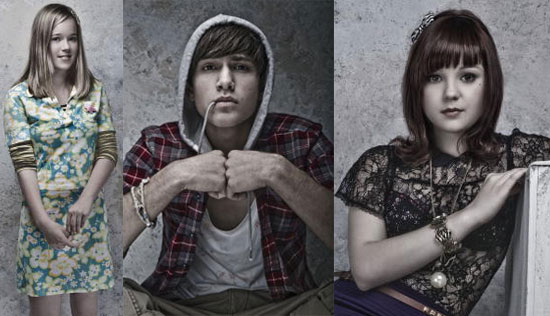 So will you be tuning in next week? The montage of upcoming clips intrigued me a lot! What did you think of this opening episode, what were your highlights, and who are your favourite characters? Let me know!