Chris Hemsworth and Josh Hutcherson weren't hot young stars quite yet when they filmed Red Dawn in 2009, but they are now, which means it's a great time for the movie to be released. In the trailer for the reboot of the '80s film, Hemsworth stars as Jed, a Marine who's visiting home when the United States is suddenly and aggressively attacked by North Korean forces. As the government (and society as we know it) collapses, Jed escapes with his younger brother Matt (Josh Peck) and then heads up a ragtag group of renegades (including Hutcherson) determined to fight the communist invaders and save the country. 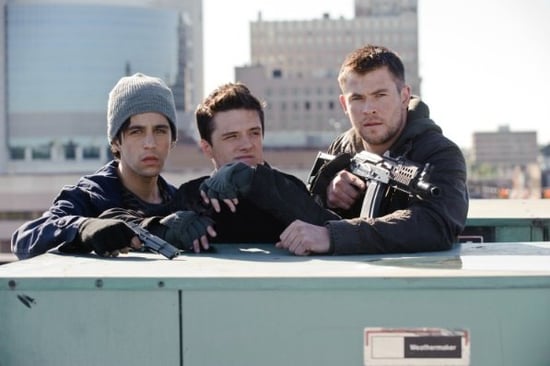 It's not just Hemsworth and Hutcherson that make this preview so exciting — the special effects look awesome and the story line seems accessible, even for people who don't love political thrillers. The action-packed flick opens in November, but you can take a peek at the trailer after the jump.