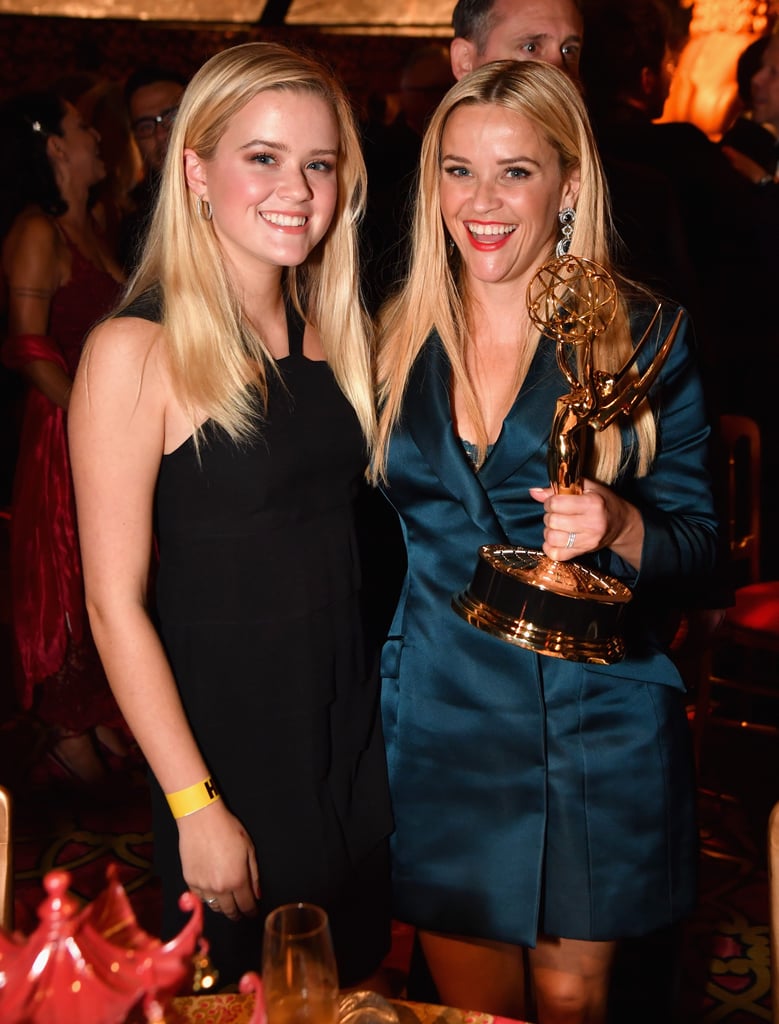 Reese Witherspoon had a big reason to celebrate at the Emmys on Sunday night: her show, Big Little Lies, won eight trophies! Luckily, she had her 18-year-old daughter, Ava Phillippe, by her side. The two met up after the ceremony at HBO's annual afterparty and linked up with Reese's costar Laura Dern and her kids, son Ellery, 16, and daughter Jaya, 12. Aside from posing with her trophy, Reese opened up about her win, telling People it was "an out of body experience." "[It was] amazing, overwhelming," Reese said. "[I'm] so happy for my sisters in this process and this incredible family that we've built with HBO." Although a second season of Big Little Lies has yet to be officially confirmed, all signs are pointing to it being a go.

Related:
Did Laura Dern Not Hug Reese Witherspoon After Winning the Emmy, or Is It a Big Little Lie?
Previous Next Start Slideshow
Award SeasonCelebrity BabiesCelebrity FamiliesEmmy AwardsAva PhillippeReese Witherspoon